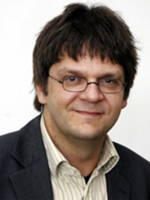 The historical evolution of modern world politics can be traced in a process that roughly runs from the late eighteenth until the late nineteenth/early twentieth centuries. During this period, world politics emerged as a distinguishable subsystem of the political system of world society. The relations between rulers and polities became less reliant on their constitutive reproduction in a culture of presence requiring interaction through face-to-face meetings. New and other forms of interaction were used and, simultaneously, world politics became less dependent on specific interaction systems. It turned from a proto-system based on interaction into a specific subsystem, as interaction increasingly took place in an ever-denser web of diplomatic practice, permanent representation, treaties, and generally more and more through various forms of organisation on a routine basis. World politics emerged and marked a specific boundary of the system vis-à-vis its environment. This boundary was represented by the semantic markers ‘international’ and ‘world’ politics, yet it was first and foremost a boundary within the political system (excluding other politics which were not ‘international’ or ‘world’). This formation of world politics as system of its own (within the political system of world society) made it accessible to the presence and operation of various forms of differentiation within itself. The corollary of this development was the evolution of a specific systemic programme – the balance of power – that greatly influenced how world politics was observed within world society.