Teoriseminar: The Emergence of Hyper-real Politics of Truth 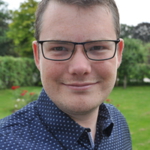