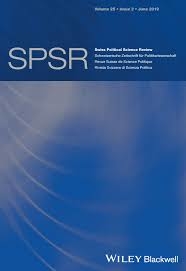 'Our entire people are natural born friends of peace': the Norwegian foreign policy of peace

What makes a peace nation? In this article it is argued that the Norwegian foreign policy of peace is rooted in an historical self‐understanding of Norway and Norwegians as particularly peaceful, an identity which was first articulated around 1890. Norwegians hold a strong liberal/meliorist belief that the world can become a better place, and that Norway has an important role to play in this process. However, this general belief in peace and a Norwegian peaceful exceptionalism has been expressed in different ways over the last 120 years. Around 1900, the ideal was a passive state and an active people working for peace, while from around 1920 it was accepted that the state needed to take more active part. Where international peace activism was associated in particular with UN peacekeeping during the Cold War, and peace mediation during the 1990's, increasingly a broader panoply of ‘good’ issues have been tied to an ever expanding notion of peace. The last two decades have also seen increased Norwegian participation in offensive military actions, couched at least partly in terms of peace. That the Norwegian attachment to peace remains strong while still allowing for support to military action suggests both that the Norwegian self‐understanding as a peace nation is deeply rooted and that it allows for a self‐righteous understanding of ‘peace through war’.