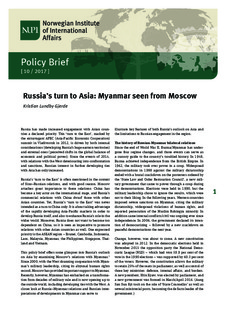 Russia has made increased engagement with Asian countries declared priority. This ‘turn to the East’, marked by the extravagant APEC (Asia-Pacific Economic Cooperation) summit in Vladivostok in 2012, is driven by both internal considerations (developing Russia’s huge eastern territories) and external ones (perceived shifts in the global balance of economic and political power). Since the events of 2014, with relations with the West deteriorating into confrontation and sanctions, Russian interest in further developing ties with Asia has only increased.