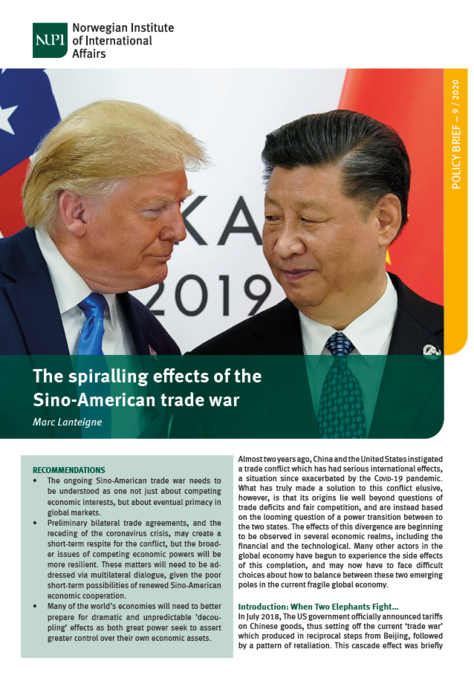 The spiralling effects of the Sino-American trade war

Almost two years ago, China and the United States instigated a trade conflict which has had serious international effects, a situation since exacerbated by the Covid-19 pandemic. What has truly made a solution to this conflict elusive, however, is that its origins lie well beyond questions of trade deficits and fair competition, and are instead based on the looming question of a power transition between to the two states. The effects of this divergence are beginning to be observed in several economic realms, including the financial and the technological. Many other actors in the global economy have begun to experience the side effects of this completion, and may now have to face difficult choices about how to balance between these two emerging poles in the current fragile global economy.