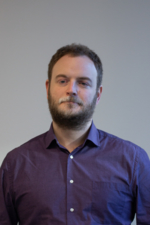 Magnus Langset Trøan is engaged as a research assistant in the Research Group for Russia, Asia and International Trade, currently working on Chinese nuclear weapons policies. He attained an LL. M. degree in international politics from Fudan University, Shanghai, in 2018, focusing on Chinese border negotiations after the Cold War.

His expertise is in Chinese politics and foreign policy, and he has published several articles and op-eds on this topic. Trøan has lived and worked in China for several years, and he was previously engaged as a political and security risk analyst focusing on Asia and Africa.