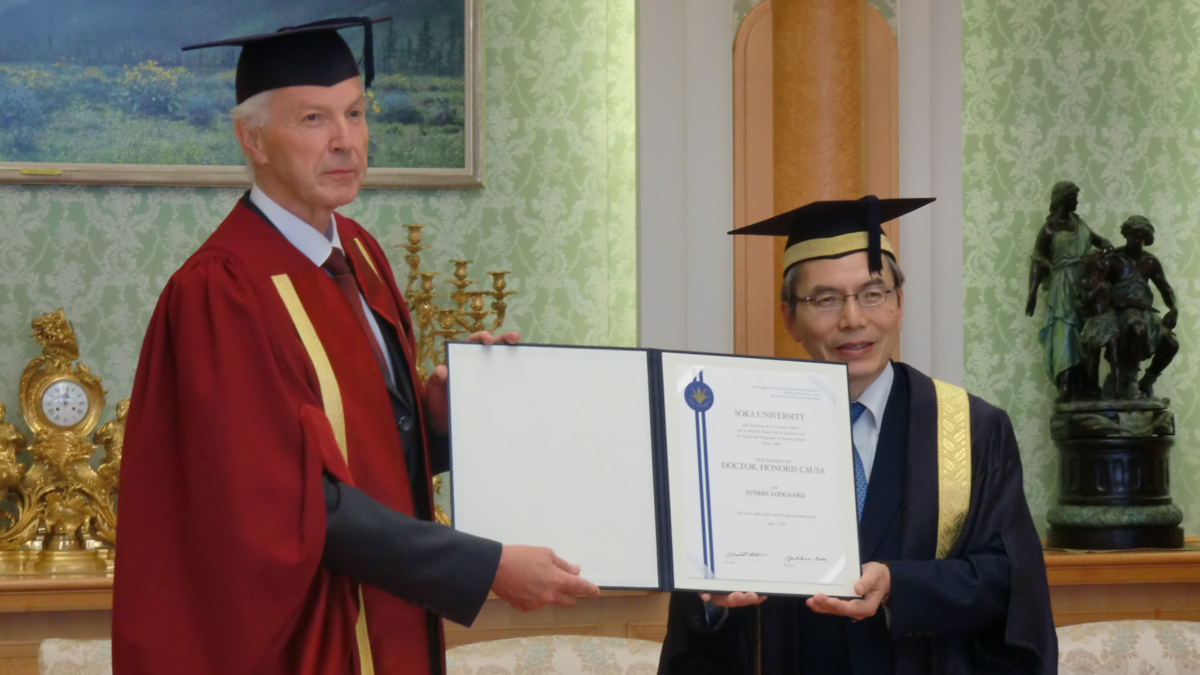 In July Senior research fellow Sverre Lodgaard gave a series of lectures in Japan. On 17 July he was awarded a honory degree (honoris causa) at the Soka University in Tokyo.

After the seremony, Lodgaard gave the lecture «Today’s agenda for human security» for students in this field.

Sverre Lodgaard has had several leading positions. His main fields of expertise are peace policy, foreign policy and security policy. From 1997 to 2007, he was director at NUPI.