Time: 13:30 Location: NUPI Language: English Available seats: 48
Add to calendar 15-12-8 13:30 15-12-8 15:00 38 NordStream 2 - A challenge to common EU energy policy? This seminar will address several key questions debated today in Europe in connection with the planned realization of one of the strategic and partly controversial European energy projects, the construction of the NordStream 2 pipeline under the Baltic Sea. NUPI NUPI seminar@nupi.no http://www.facebook.com/events/160427380695693 false DD/MM/YYYY
I want to register for the following event:

This seminar will address several key questions debated today in Europe in connection with the planned realization of one of the strategic and partly controversial European energy projects, the construction of the NordStream 2 pipeline under the Baltic Sea. 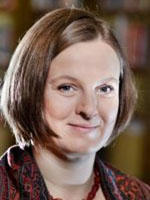 A number of Western European companies have recently signed an agreement with the Russian gas giant Gazprom on construction of the two additional pipelines that are to link Russian gas deposits with markets in Western Europe along the existing NordStrem1 pipeline. Construction of the NordStream2 pipeline will double Gazprom’s capacity to export gas directly from Russia to Germany through the Baltic route, from the current level of 55 bcm to 110 bcm per year once the project is realized. Realization of this project is a part of a broader strategy of making Russian gas supplies less dependent on what Russian policymakers view as unstable transit areas, first and foremost Ukraine.

Both Western companies – German E.ON and BASF/Wintershall, the Anglo-Dutch Royal Dutch Shell, the Austrian OMV and the French Engie – involved directly in this ambitious project with a 10 billion euro price tag and Gazprom have argued that the construction of this pipeline will have beneficial impact on the situation on the European gas market by improving security of supply. However, the project is viewed as more controversial by other actors who fear that its realization may have long-term negative impact on the situation in the EU that will become more dependent on Russian supplies of gas coming through one single route which will result not in further diversification of supplies and routes, but will rather change the situation on the market in opposite direction. Also several EU member states that mean that the realization of this project will have negative consequences for their energy security have voiced grave concerns, not least due to the fact the planned construction of this pipeline will also have huge political and economic consequences for the current transit countries, such as Slovakia, Poland, the Czech Republic, Belarus and Ukraine that all may face additional problems with supplies of gas and dramatic fall in revenues generated by transit of Russian gas to Western Europe.

In addition the project is also viewed as partly contradicting EU regulations and plans for a more coordinated approach to EU energy policy known as the Energy Union project. Some EU institutions have already warned that they will check whether the planned project is in line with EU regulations and strategies, while others have given the project a direct or indirect support. The ongoing debate about this project is a very good illustration of challenges faced by EU energy policymakers. Their main task is to find a working balance between economic and political interests of various types of actors, such as member states, companies, EU institutions and energy consumers on the one hand and EU long-term goals for development of an energy system and market in Europe that will be in line with EU priorities, described as the interest in improved security of supply and building of a more sustainable energy system that will not undermine the global economic competitiveness of the EU.

Agata Loskot-Strachota is senior fellow at the Centre for Eastern Studies (OSW – Warsaw, Poland) focusing on energy policy. Her areas of expertise include the oil and gas sectors of Russia and countries of the Caspian region, Central, Eastern and Southern Europe and the Balkans; the energy dimension of international relations and energy policy in the EU and the post-Soviet area. More information on her activities with links to publications can be found here.

This seminar is organized as part of the project EUNOR and is part of NUPI's seminar series "Norway meets Europe".

The event will be streamed on our YouTube channel