Time: 14:00 Location: NUPI Language: English Available seats: 59
Add to calendar 16-01-21 14:00 16-01-21 16:00 38 Does democratisation foster effective taxation? Evidence from Benin The question of whether democratisation leads to higher tax revenues is explored. The presentation is based on data from Benin. NUPI NUPI seminar@nupi.no http://www.facebook.com/events/160427380695693 false DD/MM/YYYY
I want to register for the following event:

The question of whether democratisation leads to higher tax revenues is explored. The presentation is based on data from Benin. 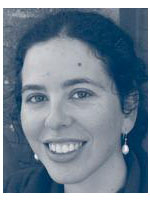 NUPI and the ʻSkattJaktʼ-nettwork have the pleasure of inviting to a seminar with Dr Giulia Piccolino from Institute of African Affairs, German Institute of Global and Area Studies (GIGA), Hamburg.

Fiscal sociology has alleged the existence of a mutually reinforcing effect between the emergence of representative government and effective taxation. This presentation is based on an artice from Dr. Piccolino that was published in the December 2015 issue of The Journal of Modern African Studies. The article looks at Benin, a low-income country that successfully democratised in the early 1990s. It finds that Benin appears to have reinforced its extractive capacities since democratisation. However, the effect of democratisation has been indirect, while the influence of the International Financial Institutions (IFI) and the size of the country’s informal sector have played a more direct role. Nevertheless, the hypothesis that effective taxation is based on a quasi-consensual relationship between the state and the taxpayers finds some confirmation.

See her last publication: Winning wars, building (illiberal) peace? The rise (and possible fall) of a victor’s peace in Rwanda and Sri Lanka