Time: 09:00 Location: NUPI Language: English Available seats: 63
Add to calendar 16-09-23 09:00 16-09-23 11:45 38 Urban Violence: International actors and armed violence reduction What are the challenges of addressing social problems in the city and how can these best be managed? These are issues discussed at this seminar, arranged by NUPI and Norwegian Center for Humanitarian Studies (NCHS). NUPI NUPI seminar@nupi.no http://www.facebook.com/events/160427380695693 false DD/MM/YYYY
I want to register for the following event:

What are the challenges of addressing social problems in the city and how can these best be managed? These are issues discussed at this seminar, arranged by NUPI and Norwegian Center for Humanitarian Studies (NCHS). 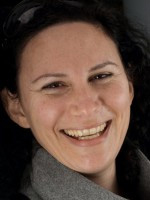 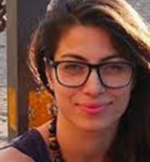 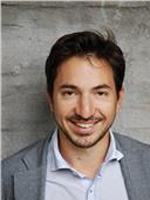 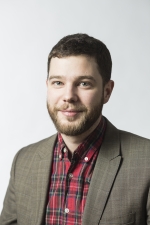 Humanitarian and development actors have over the last decade confronted a new arena for intervention: the violent city. The new challenges vary from the practical (how to engage an urban environment in order to reduce the violence) to the organizational (how to adapt existing practices to an unfamiliar environment). “Urban violence” has become the common label under which these new challenges are discussed. But does this really capture what is happening?

What then are the challenges of addressing social problems in the city and how can these best be managed? How can one engage urban criminal elements as a neutral humanitarian actor? How are beneficiaries protection needs different in the urban environment? What are the best routes to reducing violence in the cities?

This seminar marks the end of the research project “Armed Violence in Urban Areas” which has sought to address some of these questions – taking an outsiders view on how the different international actors have responded to the discussion. The seminar brings together a range of scholars and practitioners to present some of their answers to the challenges raised by the “Urban Violence” agenda.

Elena Lucchi, Formerly a field humanitarian for the MSF, Elena Lucchi became the operational advisor for Urban operations for MSF Spain. She wrote the ALNAP report on Humanitarian engagement in settings of Urban Violence and has published several articles on the subject.

Pardis Shafafi has a PhD in Social Anthropology from the University of St Andrews. She has worked with NGOs in Havana, London and Berlin, and has contributed to academic journals, think tanks and published volumes. Presently, she is working for the Norwegian Red Cross.

Simon Reid-Henry (PhD, University of Cambridge) has carried out research on issues of pharmaceutical governance, development politics, geopolitics, and humanitarianism. Previously he was director of the QMU-based Centre for the Study of Global Security and Development. Presently he is a Leverhulme Research Fellow at QMUL (London) and a Senior Researcher at the Peace Research Institute, Oslo.

Ole Jacob Sending does research on global governance, with a particular focus on the role of international and non-governmental organizations in peacebuilding, humanitarian relief, and development. His publications have appeared, inter alia, in International Studies Quarterly, European Journal of International Relations, and International Theory.

Joakim Hertzberg Ulstein is research fellow at NUPI working on humanitarian organizations, development, and foreign policy. He is particularly interested in knowledge-based practices in humanitarian organizations and is currently working on a Ph.D. in political science (University of Oslo) on how these are adapted to urban settings with armed violence. In addition to a political science background, Ulstein has worked several years for the Norwegian Refugee Council.