Time: 13:00 Location: NUPI Language: English Available seats: 17
Add to calendar 17-03-31 13:00 17-03-31 15:00 38 Theory seminar: Co‐Managing International Crises: Judgements and Justifications This is the title of the new book from Professor of International Relations at the Diplomatic Academy of Vienna, Markus Kornprobst, who is coming to NUPI to talk about it. NUPI NUPI seminar@nupi.no http://www.facebook.com/events/160427380695693 false DD/MM/YYYY
I want to register for the following event:

This is the title of the new book from Professor of International Relations at the Diplomatic Academy of Vienna, Markus Kornprobst, who is coming to NUPI to talk about it. 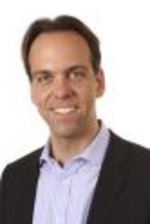 The abstract from the book sounds as follows:

“This study deals with an under-researched question: How do states come to succeed or fail to co-manage international crises? This is an important question to ask. Widespread assumptions in the scholarly literature notwithstanding, purely unilateral crisis responses are the exception, even during military crises. Attempts to arrive at joint responses with like-minded states are the rule. This study develops an innovative theoretical framework to explain how these attempts come to succeed or fail.

The key concepts of this framework are judgment and justification. The concepts are linked together by three circuits of interaction: perimeter, resonance and structuration. Drawing from a repertoire of universals, actors make substantive and procedural political judgments to understand an unfolding situation (perimeter). Depending on their procedural judgments, they are more or less open to revisit their substantive judgments in communicative encounters about how to justify what to do in an unfolding situation (resonance). These processes of judgment and justification feed back into the repertoire of universals (structuration).

This framework makes for a powerful explanatory tool for the analysis of crisis management at a time when leaders find it more and more difficult to evade pressures to justify their doings domestically and internationally. It makes for a particularly powerful explanatory tool for scrutinizing the crisis responses of tightly coupled security communities such as the European Union. It allows for scrutinising convergences and divergences across the repertoires prevalent in member states and available to their leaders, as well as the patterns of judgment and justification to which these give rise. This study’s in-depth analysis of judgments and justifications within and across France, Germany, and the United Kingdom during the crises in Bosnia, Kosovo, Afghanistan, and Iraq highlight these contributions to international relations theory, our grasp of international crises in general, and the EU as a crisis manager in particular.”

Chair is Research Director at NUPI, Ole Jacob Sending. He does research on global governance, with a particular focus on the role of international and non-governmental organizations in peacebuilding, humanitarian relief, and development.