Theory seminar: When War is Oikonomia by Other Means

NUPI has the pleasure of inviting you to a theory seminar with Patricia Owens from University of Sussex. 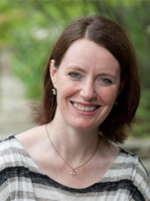 In this talk, Patricia Owens will present a new history and theory of counterinsurgency with major implications for social, political and international thought. Retrieving the older but surprisingly neglected language of household governance, she will show how the techniques and domestic ideologies of household administration are highly portable and play a remarkably central role in international and imperial relations. In two late-colonial British emergencies in Malaya and Kenya, US counterinsurgency in Vietnam, and US-led campaigns in Afghanistan and Iraq, 'armed social work' was the continuation of oikonomia - not politics - by other means. Though never wholly succeeding, counterinsurgents drew on and innovated different forms of household governance to create units of rule in which local populations were domesticated. Military strategists conceived population control as sociological warfare because the social realm itself and distinctly social forms of thought are modern forms of oikonomikos, the art and science of household rule. There is an important story to be told of when, where and why the social realm first emerged as the domain through which human life could be intervened in and transformed. Owens will present this story in terms of modern transformations in and violent crises of household forms of rule.