Time: 08:30 Location: NUPI Language: English Available seats: 15
Add to calendar 18-01-18 08:30 18-01-18 10:30 38 Breakfast seminar: Global disorder and distrust – the Middle East New seminar series about the global distrust that has been more evident lately, and the first event will take a closer look what this development means for the Middle East. NUPI NUPI seminar@nupi.no http://www.facebook.com/events/160427380695693 false DD/MM/YYYY
I want to register for the following event:

New seminar series about the global distrust that has been more evident lately, and the first event will take a closer look what this development means for the Middle East. 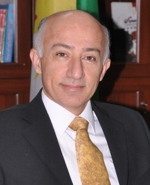 We are currently faced with a world characterised by uncertainty and disorder, where crises and conflicts appear impossible to solve due to lack of cooperation between major powers. This is not a world completely without order, of course, but the current international system is much less able to implement crisis response and create new initiatives to tackle important global challenges such as climate change, conflict and fragile states. This is exacerbated by a disconcerting global trend of decreasing trust in key institutions. People simply do not trust authorities in the same way as they used to. This goes for governments, experts, and the press.

According to Pews´ global trust analysis, a global median of a mere 14 percent of the population say they trust their national government a lot to do what is right for the country. Edelman´s trust barometer arrives at the same conclusion, referring to the “implosion of trust.” This trend is worrying, as it may lead to more political instability and nationalist political mobilisation that may further undermine efforts at global crisis management.

Against this backdrop, NUPI will hold a series of breakfast meetings organised around conversations with key experts and commentators from different world regions. Key topics for discussion will be:

During the first half of 2018, we will engage experts on the Middle East, Europe, the USA, China, and developing countries to discuss these issues.

The first seminar in this series is on the Middle East. On 18 January Research Professor Morten Bøås from NUPI and the President of Middle East Research Institute in Erbil, Iraq, Dlawer Ala’Aldeen will discuss how these trends affect the Middle East.

Their conversation will range from IS, Syria and Iraq to regional disorder. They will also discuss a possible end of the Sykes-Picot Agreement that has ordered the geopolitical map of the Middle East since the end of the First World War, and the situation in Iraqi Kurdistan. Here, the population shows a similar lack of trust after the referendum on independence ended with defeat and humiliation. Not only for their political leaders, but also for the most trusted Iraqi Kurdish institution, the Peshmerga.

The conversation will be chaired by NUPI’s Research Director Ole-Jacob Sending who will also give a short introduction prior to the conversation between Bøås and Ala’Aldeen. Breakfast will be served from 08.30.