Unfortunately, we have to cancel this seminar due to unforeseen events. 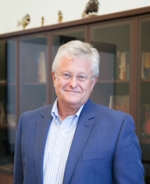 Both the Russians and their leaders seems to agree on a new conservative discourse. What are the components of this consensus? And is there really one?

A new conservative consensus seems to dominate political discourse and public moods in today’s Russia. This new consensus covers a wide spectrum of issues – from national identity and values to domestic politics and international affairs.

What are the major components of this consensus? Which factors and interests provide for its resilience and durability? Is there a potential of its erosion in the future? And is there really a “consensus”? These are questions Professor Andrei Melville will discuss when he visits NUPI on 22 October.

Professor Andrei Melville is dean of the Faculty of social sciences and head of the Department of political science at National Research University – Higher School of Economics, Moscow. His academic interests are in comparative politics, regime change, democratization and authoritarianism, and world politics. His previous positions were in MGIMO-University and in the Institute of the USA and Canada. He was visiting professor in UC Berkeley (1992 and 1994) and in the University of Bergen (1997, 1999 and 2009).