What will the power balance in Europe look like after the UK leaves the EU next year? 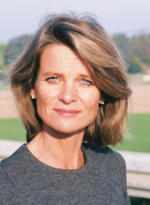 When the United Kingdom leaves the EU as planned in March 2019, the political ballgame in Brussels will change profoundly. Northern countries will lose power after Brexit, the south will gain prominence. All 27 EU member states are now trying to find out what this means. One trend is already emerging: the need for more coalitions across the continent. What are the likely scenarios and what will be the consequences for Norway as a non-member?

These are some of the questions that Caroline de Gruyter will address in the seminar.

Caroline de Gruyter is an author and Europe correspondent for the Dutch newspaper NRC Handelsblad. Her voice and expertise on Europe is well-known in The Netherlands. Between 2008 and 2013 she covered the euro crisis and European politics from Brussels. She has also been awarded several prestigious prizes, such as the Anne Vondeling Prize for her political reporting, as well as the Heldring Prize in 2015 for best Dutch columnist.

Caroline has previously lived in the Gaza strip, Jerusalem, Brussels, Geneva and Vienna. She is a regular contributor to Carnegie Europe, a columnist for the Belgian newspaper De Standaard, and a member of the European Council on Foreign Relations. She has written four books - all dealing, in one way or another, with globalization, democracy and the political quicksands of sovereignty.

Chairing the event is Pernille Rieker, research professor at NUPI.

The event will be live streamed at NUPI’s YouTube channel: