How does Russia prepare for a transition of power?

Time: 09:00 Location: NUPI Language: English Available seats: 0
Add to calendar 18-09-3 09:00 18-09-3 10:30 38 How does Russia prepare for a transition of power? According to the Russian Constitution, the current term is the last for President Putin. How will the Russian political system prepare for the transition of power? NUPI NUPI seminar@nupi.no http://www.facebook.com/events/160427380695693 false DD/MM/YYYY
I want to register for the following event:

According to the Russian Constitution, the current term is the last for President Putin. How will the Russian political system prepare for the transition of power? 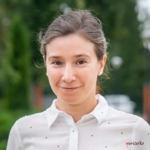 Vladimir Putin has enjoyed two times of two terms in a row as President, broken by a short four years of an interregnum. The Russian political system, which is largely centered around, and dependent on, personalities rather than institutions, is now faced with a number of choices in its quest for self-preservation: Change the law? Choose a suitable successor? Empower dormant institutions or erect new ones for the re-distribution of power currently vested in the president?

Each choice presents plenty of opportunities and dangers, risks and rewards. The dilemmas faced by the Russian decision-making machine are not unique, but rather typical of all authoritarian and semi-authoritarian models. Ekaterina Schulmann will in this seminar present different scenarios of Russian power transfer, evaluate their feasibility and discuss possible consequences.

Ekaterina Schulmann is a political scientist and associate professor at the School of Public Policy of the Russian Presidential Academy of National Economy and Public Administration (RANEPA). Her research topics include the Russian legislative process, parliamentarism and decision-making in hybrid and authoritarian regimes. She is an active public speaker and has a weekly radio programme on Ekho Moskvy.