Time: 09:00 Location: NUPI Language: English Available seats: 26
Add to calendar 18-09-19 09:00 18-09-19 10:30 38 How has Trump pushed Europe and Asia together? One of the unforeseen consequences of President Trump’s erratic foreign policy has been to push Europe and Asia closer together. This is what Fraser Cameron will argue when he visits NUPI on 19 September. NUPI NUPI seminar@nupi.no http://www.facebook.com/events/160427380695693 false DD/MM/YYYY
I want to register for the following event: 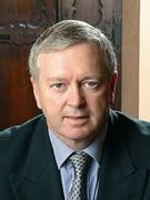 Trump’s decision to tear up the Trans Pacific Trade (TPP) agreement, pull out of the Paris climate change accords, denounce the Iran nuclear deal, attack the WTO and introduce tariffs on long-standing allies, has led to great uncertainty and anxiety in the Asia-Pacific region. The result has been to push Asia to closer to Europe which is regarded as a staunch defender of the rules-based, multilateral system.  Japan has concluded a major free trade agreement with the EU following those already agreed with Korea, Singapore and Vietnam. New agreements with Malaysia, Indonesia, Thailand, Australia and New Zealand are under negotiation. The EU has decided to deepen its security relationship with Asia and next month there is the biannual ASEM summit in Brussels with Norway participating as a full member.

What are the implications of Trump’s policies for the global order and EU-Asia relations? Is there sufficient commonality between the two continents to defend the multilateral system? How to deal with China which has a different value system and has launched its massive Belt and Road Initiative? How should the EU and Norway respond?

Fraser Cameron will assess these trends and discuss different options for Europe in dealing with Trump and Asia. Cameron is the Director of the EU-Asia Centre in Brussels, a think tank seeking to promote closer relations between the EU and Asia.

He is a former European Commission advisor and well-known policy analyst and commentator on EU and international affairs.  He is visiting professor at the Hertie School of Governance in Berlin, St Andrews University, the University of Auckland and Senior Advisor to the European Policy Centre (EPC).

Dr Cameron was educated at the Universities of St Andrews (MA) and Cambridge (PhD).