Theory Seminar: Bureaucracy and Diplomatic Representation - the case of Kosovo

Time: 13:15 Location: NUPI Language: English Available seats: 5
Add to calendar 18-06-12 13:15 18-06-12 15:00 38 Theory Seminar: Bureaucracy and Diplomatic Representation - the case of Kosovo Tobias Wille visits NUPI to discuss his paper on how Kosovo sought to assert its statehood through the professionalisation of its foreign service. NUPI NUPI seminar@nupi.no http://www.facebook.com/events/160427380695693 false DD/MM/YYYY
I want to register for the following event:

Tobias Wille visits NUPI to discuss his paper on how Kosovo sought to assert its statehood through the professionalisation of its foreign service. 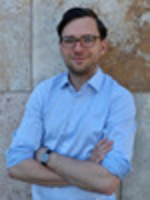 His talk will be based on the following summary:

“Diplomacy is commonly understood as a political activity. Diplomats, however, carefully distinguish between political and technical aspects of their work. In the paper, I explore this distinction through a detailed study of how Kosovo’s foreign service was built up after the country declared independence in February 2008.

Drawing on in-depth interviews, participant observation, and a detailed analysis of documents, I trace how Kosovo’s first diplomats and the international consultants supporting them struggled to create a politically neutral, rational, and meritocratic diplomatic bureaucracy. They were acutely aware that to produce the “state effect” of self-evident international subjectivity, Kosovo’s diplomatic representations needed to be partly detached from the daily struggles of domestic politics and entrusted to a bureaucratic elite.

The architects of Kosovo’s diplomacy were, however, also confronted with obstacles to realising this ideal such as a severe lack of know-how and resources and a political context in which positions in the civil service are commonly assigned by a logic of patronage. In studying politics as a practical category whose boundaries are drawn and redrawn in practice, this paper contributes to a growing literature on political work, political expertise, and political elites.”