Professor Jens Bartelson will talk about his latest book on how we have perceived war throughout centuries. 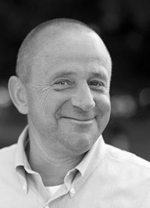 As scholars and citizens, Bartelson argues, we are predisposed to think of war as a profoundly destructive activity that ideally should be abolished altogether. Yet before the twentieth century, war was widely understood as a productive force in human affairs that should be harnessed for the purposes of creating peace and order.

Analyzing how the concept of war has been used in different contexts from the seventeenth to the late nineteenth century, Jens Bartelson addresses this transition by inquiring into the underlying and often unspoken assumptions about the nature of war, and how these have shaped our understanding of the modern political world and the role of war within it. He explores its functions in the process of state making and in the creation of the modern international system to bring the argument up to date to the present day, where war is now on the centre stage of world politics.

Jens Bartelson is a professor, Department of Political Science at the Department of Social Sciences, Lund University. Bartelson received his doctorate from the University of Stockholm in 1993. His fields of interest include international political theory, the history of political thought, political philosophy and social theory. Jens Bartelson has written mainly about the concept of the sovereign state, the philosophy of world community, and the concept of war in international thought.