Theory Seminar: Why weak states persist and alternatives to the state fade away

Arjun Chowdhury visits NUPI to discuss his new book “The Myth of International Order: Why weak states persist and alternatives to the state fade away”. 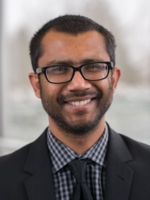 The University of British Columbia

The theory seminar will be based upon the following text:

“In my book, I show why we should expect the majority of states in the world to be ‘weak’ states – states that cannot monopolize violence or deliver the services their citizens expect – and yet despite this inability of states, we will not see the development of viable alternatives to the state. I explain that this outcome and the problems associated with it – long civil wars, low rates of taxation, multiple challenges to state authority – are the result of the long-run development of the international system, specifically the decline of interstate war and colonial conquest. Weak states, far from being an aberration to the ‘normal’ course of development, are a product of that development. For better or worse, we will continue to live in a state-dominated world where most states are weak.”

Arjun Chowdhury is an Associate Professor of Political Science at the University of British Columbia.  The focus of his research has been to explain why most states in the world have developed as 'weak states' that is, unable to monopolize violence or provide public goods to the satisfaction of their people, yet states persist as the central organizational unit of world politics.