The International Criminal Court and the 2008 Russo-Georgian War

What is the impact of the International Criminal Court's investigation of Russia and Georgia? 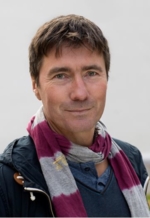 15 January 2016 The International Criminal Court (ICC) opened an investigation into alleged war crimes and crimes against humanity perpetrated in the August 2008 armed conflict between Georgia and Russia.

It was the Court’s first investigation outside Africa and a milestone decision for international criminal justice. The opening of the case was hailed as a possible game changer in the Caucasus, a region that has seen many conflicts and little justice.

Three years on, the investigation is still on-going, and we ask what the political and legal consequences of the investigation have been. Is there hope for justice for the victims and an end to the reign of impunity? What impact do international courts, such as the ICC and the European Court of Human Rights have in Russia and Georgia? Is the ICC an effective institution or a dead end for justice and international law?

To discuss these questions, the following will be visiting NUPI: Ucha Nanuashvili of Georgia’s Human Rights Center (and former Ombudsman of the Parliament), Anastasia Zakharova, a lawyer from Russian Justice Initiative who represent victims of the 2008 war and from human rights violations in Russia’s North Caucasus before the European Court of Human Rights, and Aage Borchgrevink of the Norwegian Helsinki Committee.

The seminar will be moderated by Senior Research Fellow at NUPI, Julie Wilhelmsen.

The event is co-hosted by the Norwegian Helsinki Committee.