A Europe in crisis or a Europe on the rise?

Europe’s quiet and patient style of foreign policy is often interpreted as a sign of weakness, but it could also be its strength. 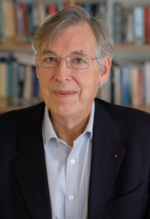 While much focus has been given to a Europe in decline or a Europe that is too weak to handle the multiple crises it has been confronted with over the past decade, Professor Andrew Moravcsik provides a different perspective. In a recent article in Foreign Policy, “Why Europe wins”, he explains why Europe is the future. He argues that “Europe’s distinctive pragmatic use of civilian power may be too dull, slow-moving, and technocratic to attract attention. Yet in the end, it gets the job done more cost-effectively than other means employed by rival great powers”.

In this NUPI webinar, which is part of our seminar series Norway meets Europe, Professor Moravcsik will present his line of argument and François Heisbourg will then give his comments on Moravcsik perspectives. Research Professor at NUPI Pernille Rieker will moderate the webinar.

Andrew Moravcsik is Professor of Politics and founding director of the European Union Program and International Relations Faculty Colloquium at Princeton University.