The impact of climate change on UN Peacekeeping operations 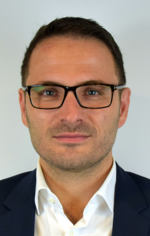 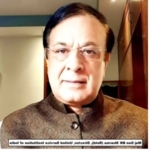 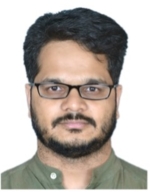 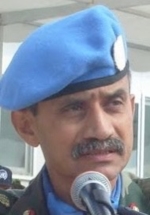 (retd). Was Commandant of the Indian Military and Military Observer, United Nations Verification Mission in Angola 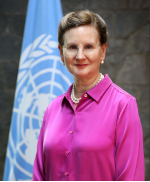 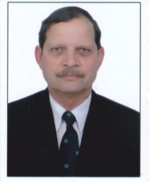 Eight of the ten countries hosting the most multilateral peace operations personnel are located in areas highly exposed to climate change. UN peace operations are increasingly tasked by the Security Council to consider and respond to climate-related security risks.

See the recording of the webinar here:

The event is hosted by the United Service Institution of India, the Norwegian Institute of International Affairs (NUPI) and the Stockholm International Peace Research Institute (SIPRI).

Maj Gen BK Sharma (Retd), Director, United Service Institution of India. He has very rich combat experience and was awarded by the President of India thrice. He has been a UN Military Observer in Central America, India's Defence Attache in Central Asia , commanded a Division on the China border and has been Senior Faculty Member at the National Defence College. He specializes in Strategic Net Assessments and Scenario Gaming. USI-India tweets at @USI_1870.

Dr Manish Shrivastava is an assistant professor at the Department of Energy and Environment at the TERI School of Advanced Studies, New Delhi where he teaches courses on climate change governance and, law and justice in a globalizing world. He tweets at @manishipta.

Ms. Rania Dagash-Kamara is the Chief of the Policy and Best Practices Service in the Department of Peace Operations. For the past twenty years, her experience spanned policy, strategic planning, political affairs, operations and programme management with the United Nations in Africa, Asia and the Middle East, including SPMs as well as peacekeeping and humanitarian operations. Focused on peace and security setting, Rania has served in Iraq, Jordan, Kuwait, Pakistan, the Philippines, Sudan and Ethiopia. Prior to her current assignment, she was the Head of Office in Nairobi for the UN Mission in Somalia and has also served as Chief of Staff in two offices: the Office of the Special Envoy for Sudan and South Sudan and the UN Office to the African Union. She served with UNHQ with OCHA and in UNHQ Geneva with the Office of the Joint Special Envoy for Syria.

Dr Florian Krampe is a Senior Researcher and Director of the Climate Change and Risk Programme at the Stockholm International Peace Research Institute (SIPRI), specializing in peace and conflict research, environmental and climate security, and international security. He is also Specially Appointed Professor at the Network for Education and Research on Peace and Sustainability at Hiroshima University, Japan. He tweets at @FlorianKrampe.

Maj Gen A K Bardalai (Retd) was the Commandant of the Indian Military Training Team in Bhutan from October 2011 to January 2014. Earlier, he served as a Military Observer in the United Nations Verification Mission in Angola in 1991-92. He was awarded the Ministry of External Affairs Fellowship at the United Services Institution of India for the year 2003-2004 for his research on “Changing Global Security: Its implications for UN Peacekeeping Operations.” Later, he also served in Lebanon as the Deputy Head of the Mission and Deputy Force Commander of UNIFIL from 2008 to 2010.

Dr Cedric de Coning is a Research Professor with the Norwegian Institute of International Affairs (NUPI), where he co-directs the Center on UN and Global Governance, coordinates the Effectiveness of Peace Operations Network (EPON), and leads the Climate-related Peace and Security Risk (CPSR) project. He is also a Senior Advisor for the African Centre for the Constructive Resolution of Disputes (ACCORD). He tweets at @CedricdeConing.