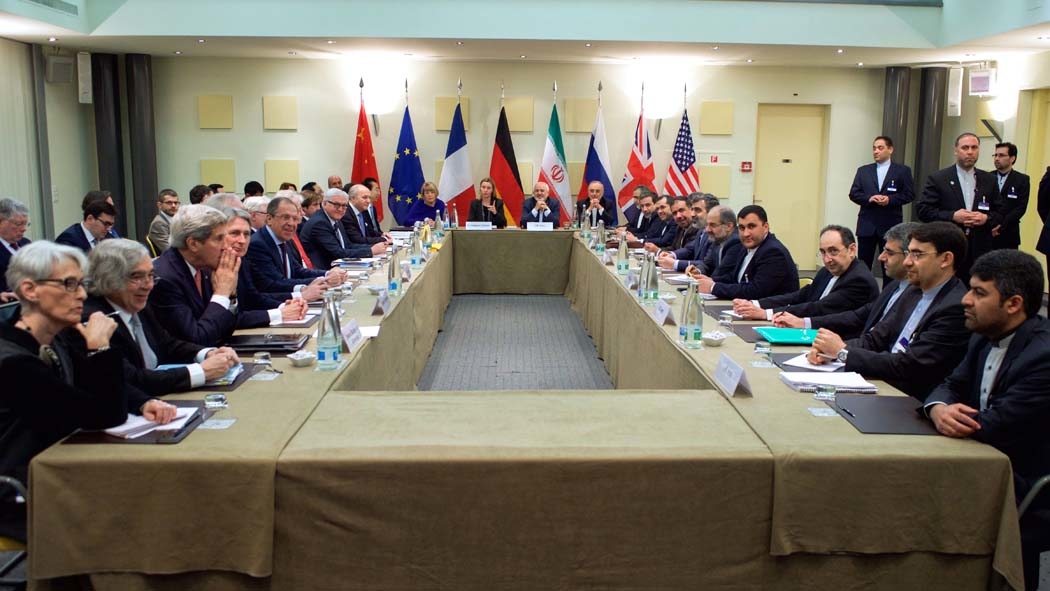 DIPLOMACY: Several Foreign ministers - from the US, EU and Germany, among others - in negotiations concerning Iran's nuclear program in March 2015.

Diplomacy is no longer the sole preserve of states – nowadays even consultancy firms offer their services in peace-making and reconciliation. And the entire theory framework for diplomacy has become of growing importance.

The myth of the diplomat as someone who lies back, sipping champagne waiting for the world to come knocking at the door is outdated. Today’s diplomats must compete for attention with everything from humanitarian organizations to consultancy firms and the Pentagon, and navigate through the jungle of people and institutions occupied with diplomatic activity.

The time has come to focus on how diplomacy shapes the world, declare senior NUPI researchers Ole Jacob Sending and Iver B. Neumann.

Together with Vincent Pouliot they have edited the volume Diplomacy and the Making of World Politics, published by Cambridge University Press in August this year.

‘This book shows that diplomacy is increasingly conducted by a range of different actors, in highly varying ways – which creates competition for the right to represent different groups and interests’, Sending explains.

He and Neumann cite the example of the consultancy firm KPMG, which has a separate division offering services to fragile and conflict-affected states.

‘When there is not one, individual, actor defined as responsible, it can be problematic. The one hand doesn’t know what the other is doing’, Sending notes.

According to the editors, the study of diplomacy has been dominated by first-hand empirical materials, and to a lesser degree by theory-oriented discussion.

A major aim of their book is to show how the study of diplomacy can benefit from more explicit theorizing. The study of world politics needs to pay greater attention to what goes on in diplomacy’s 'control room'.

Sending explains, ‘The study of diplomacy has been dominated by works of history and biographies. This has provided important knowledge. But to understand what’s at stake when diplomacy changes we need analytical concepts to identify the causes and possible consequences for diplomacy in the future.’

But why is it important to put the spotlight precisely on diplomacy?

‘Diplomacy is something most people think they know about. At the same time, it is surrounded by an aura of exclusivity and secrecy’, says Sending. ‘The media often talk about “diplomacy”, for example about the need for diplomacy in order to prevent conflicts.’

‘Our goal is to explain how diplomacy serves as the basic infrastructure of international politics. We show how diplomacy plays a part in legitimizing empires, supporting wars, fostering international law … and how diplomacy today is just as much about trying to govern others as it is a matter of representing the interests of a given state.’