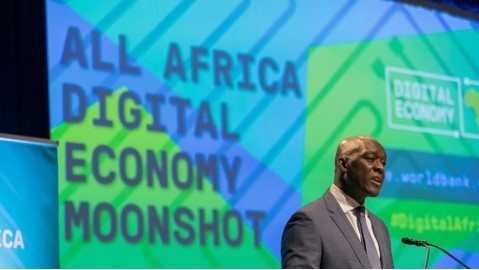 Africa, Tax and the Digital Economy

Are the giant tech companies paying their fair share of taxes? Challenges facing African countries in the digital economy.

Our everyday lives are becoming ever more digitalised, and so is our economy. Multinational tech companies have become massive entities present all over the globe. Many countries have started to ask whether the tech giants are paying their fair share of taxes. Some countries, like France, have tried to introduce national legislation to tax companies like Google and Facebook, but have been met with great resistance from the US, the home to many of these companies. The international community is currently trying to figure out how to tax the big, digital companies operating all over the world.

This was the topic of a webinar arranged by the Norwegian Tax Justice network and the Norwegian Council for Africa, with three panelists providing their views on what is happening regarding taxation of the digital economy in Africa. How will African countries be able to stand against a similar pressure France has been met with and is it possible or even desirable that countries introduce national laws in the absence of international legislation?

What measures are taken in Africa to tax multinational digital companies?
According to Ndajiwo’s research, the main problem of taxing highly digitalised businesses is not their lack of taxable presence in African countries but the attribution of profits of multinational enterprises. The study further revealed that while generally, the six jurisdictions studied (Nigeria, Ghana, Senegal, Kenya, Rwanda and Uganda) are considering the taxation of profits arising from the digitalised economy, efforts so far have focused on indirect taxation.

What is happening at the international level?
According to Stig Sollund, many developing countries are unable to take part in the taxation of digital companies because of loopholes in the existing international tax framework. To counter this, the OECD and the G20, along with developing countries, are developing a new framework to combat domestic tax base erosion and profit shifting (BEPS). However, Sollund is concerned about the complexity of the OECD/G20-model, and therefore, Norway encourages a simplification of the framework to make it more practical and operable for countries without the capacity to handle complex regulations.

The state can acquire funding through taxing trade, but this stream of income will fluctuate. Receiving aid is another option, but it risks creating an international life-support system that while it may prevent states from failing altogether like in Mali nonetheless decreases incentives for any real development. Finally, states can create tax-systems for taxing its citizens and its economic enterprises.

In Africa, we see a bifurcated development in tax systems where some countries have come far in last 20 years while others have still barely started. Creating a tax system is always a contested process and hugely context-sensitive, and in need of a balance between enforcement and legitimacy. How to do this in countries that have barely started? This is something international partners need to think very carefully about when engaging in these kinds of processes. And there is a need for processes at the international level that can help African countries to increase their bargaining power and avoid a race to the bottom in the face of increasingly digitalised economies.