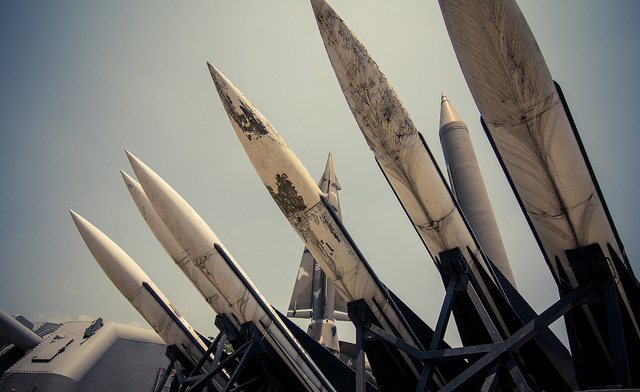 NUCLEAR WEAPONS: The Turkish government implies that development of nuclear weapons in Iran will start an arms race between the Middle Eastern countries.

The framework agreement guaranteeing that Iran will not develop nuclear weapons is signed in Lausanne. What does this mean for Turkey’s future?

Iran’s defence policy has always been of great importance for Turkish politicians. Since 2002, Turkey has paid close attention to Iran’s nuclear program and its bilateral, regional and global implications. Turkey has sought to influence the nuclear program’s outcome and the negotiations between Iran and the world’s great powers.

The Turkish government implies that development of nuclear weapons in Iran will start an arms race between the Middle Eastern countries. In turn, this will reduce security for the region and at the same time cause a severe economic loss.

At the same time, Turkey discusses whether to develop a nuclear program of their own in case of a regional arms race, or if the retribution warning NATO represents would be an adequate defence, should this situation occur.

The negotiations on a framework agreement that on one side guarantees that Iran doesn’t develop nuclear weapons while on the other side onsets the liquidation of the sanction regime, took place in Geneva. Iran and the so-called P5+1 (U.S., Russia, China, France, Great Britain and Germany) have been parts in the negotiations.

On April 3 2015, Turkey’s Minister of Foreign Affairs Mevlüt Çavuşoğlu declared that “We are very happy to hear that this deal was signed,” immediately after the deal was reached. Çavuşoğlu stated that Turkey was against a nuclear weapons program in the region while she supported each country’s right to use peaceful technology.

He notes that while Turkey’s reaction to the “framework agreement” signed in Lausanne has been very positive, its security concerns have centered at least as much on Iran’s missile program as on its nuclear works. Economically, Turkey can benefit from sanctions relief; from lower oil prices, being a net importer of oil; and from its position as an energy hub between Europe and countries in the east. Politically, there are concerns that if relations with Iran are normalized, Turkey may lose its status in world capitals as the go-to actor on MENA affairs. Critics therefore argue that Turkey should repair its worsened relations with Egypt, Israel, Syria and the Iraqi central government and promote more cooperative relations with regional states.