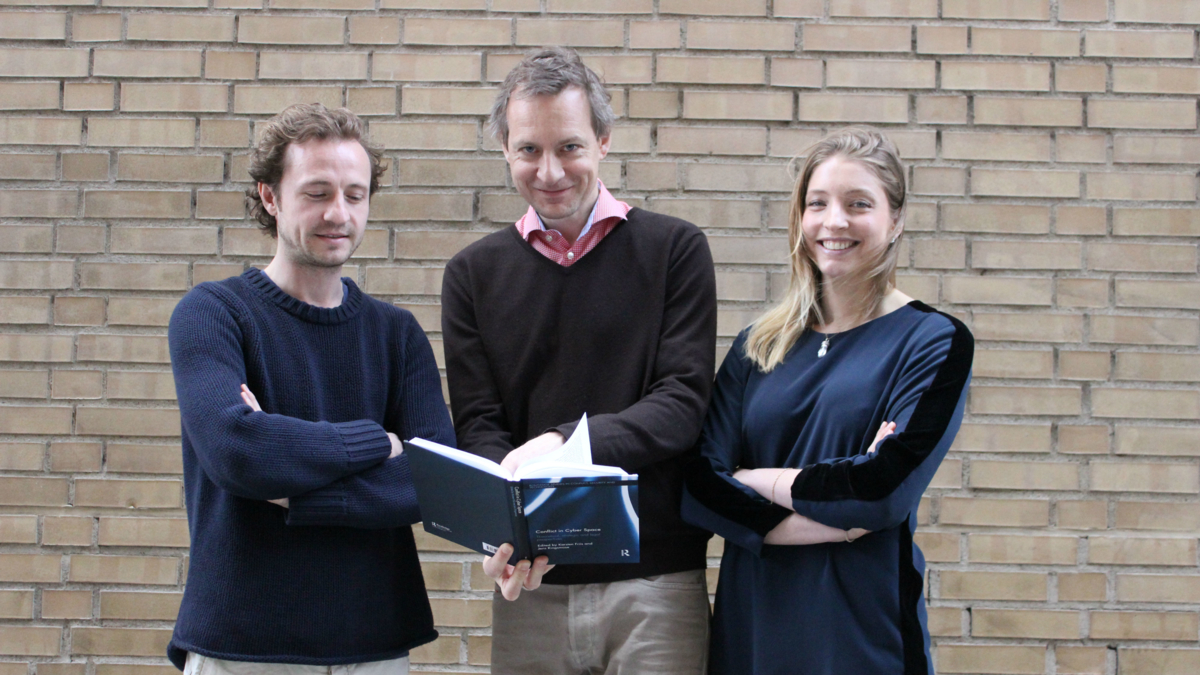 The rapid digitalization of today’s societies means that we are increasingly dependent upon a functional and stable cyber space.

This chapter aims to move the theorizing of cyber security beyond securitization theory’s threat-logic. Using the analytical model of riskification this chapter shows how cybersecurity is better understood through risk-logic. This model opens up for an enhanced analysis of the nature of cyberspace which enables us to capture the dynamic interplay between discourses, practices and materiality that is vital for the production of cybersecurity.

Today this is attempted at through multistakeholder initiatives based on an open form of cooperation under conditions of transparency and equality. This is however not working in practice. The initiatives lack the power to resolve challenges and enforce decisions. This chapter argues that coordinated cooperation is needed between the public and private sector, but to be successful a governance model needs to recognize and incorporate the power dynamic between the public and private sector. It is argued that the state, rather than approach cyber-security as a state-centric issue, should operate as a facilitator. In this role the state ought to help those in the private sector who hold the crucial power in cyberspace to come together and assist though an appropriate legal framework.

Senior Adviser and Head of Research Group on Security and Defense at NUPI, Karsten Friis, is co-editor (with Jens Ringsmose) of the book: Conflict in Cyber Space: Theoretical, Strategic and Legal Perspectives, which was launched recently.

Research fellow Erik Reichborn-Kjennerud and junior research fellow Lilly Pijnenburg  Muller at NUPI have also contributed with a chapter each in the book.

It is a result of a NORDFORSK-funded workshop series in the Nordic Countries. However, also non-Nordic experts have contributed to the volume.

‘The vulnerability is reinforced by the inherent weakness in many of the core functions of cyberspace. It was built to be open and accessible, not secure and safe.’ they continue.

‘This openness has arguably generated its enormous growth, and it has stimulated creativity and innovation on a global scale no other commodity has. But more and more policy makers and security experts express concerns about these weaknesses.’

Friis writes, before he mentions some examples:

‘Deliberate attacks on servers, using exploitations to conduct espionage and theft are already common. Businesses lose billions of dollars annually as a result of industrial espionage, black mail and theft in cyber space.’

‘Large-scale attacks on critical infrastructure could potentially shut down airports, cities, stock exchanges, water supply and electricity grids, it is argued.  It is therefore a matter of national security.’

Similarly, the armed forces in most countries are increasingly digitalized. They rely on cyberspace for communications, command and control, targeting, navigation and more. A potential shut-down of some of these core functions would seriously impair the ability for the military to operate.’ Friis explains.

‘It is therefore not surprising that many states have declared cyber security a top national security issue – or that a vast number of states are developing offensive cyber capabilities.’ he concludes.

‘The aim of the book is to help us grasp these challenges better by looking at them from several angles. The contributors address cyber security from theoretical, political/strategic and legal perspectives. This way several dimensions of these complex security challenges are explored, and we avoid treating it solely as for instance a military issue, criminal issue, political issue, or a legal issue. It is something of all this. For instance, something that appears as cybercrime can be politically motivated (industrial espionage against military companies), the use of cyber in warfare may challenge existing order in both legal and political domains, and framing the problem in for instance military terms may obscure an understanding of the non-military dimensions. Hence, by combining the theoretical, political and legal approaches in one volume we seek to bridge some of these divisions’, says Friis.