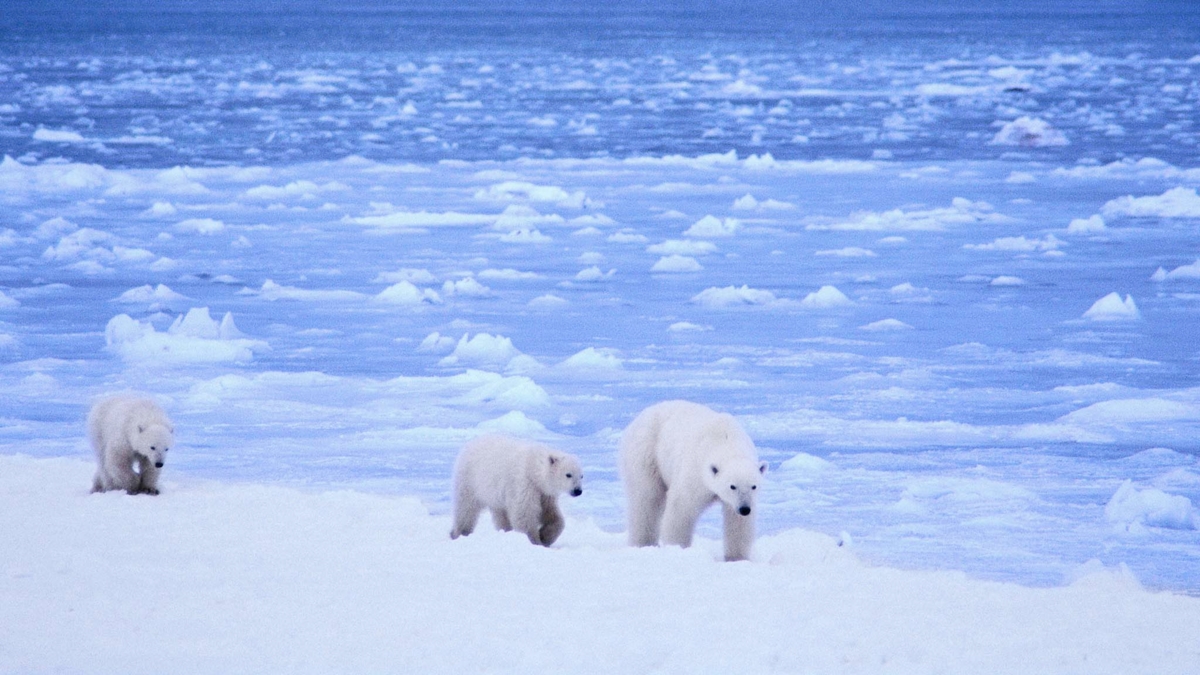 Hands-on Arctic: making space for two thoughts at a time

How does the Arctic fit into the picture of a two-zone terrain of Russian foreign policy? asks senior research fellow Elana Wilson Rowe in her High North News comment.

A Norwegian freelance investigative journalist recently suggested that a solid minority of people in Kirkenes (a town close to the Norwegian-Russian border where he had just attending a political/cultural regional conference) may have a problematically sympathetic stance when it comes to Russia.

The explanation given for this stance was that border-area residents’ loyalties may be mixed because of their proximity to and engagement with Russia (perhaps also alluding to the many local Norwegian-Russian families that are a product of 20 years of region-building and border-crossing after the Cold War).

Northern Norway had been liberated from Nazi occupation by the Soviet Army at the close of World War II, after which the Soviet Army rapidly withdrew from Norway’s sovereign territory. These dual actions (liberation and withdrawal) sowed a gratitude that lasted even in the chilly political climate of the Cold War. This appreciation was particularly pronounced in the northern Norwegian communities for whom this was an immediate memory.
This gratitude, however, also served as a basis for suspicion during the Cold War about the potential communist leanings of residents in northern Norwegian border areas. This is might be partly why the statement about ‘mixed loyalties’ hit a nerve amongst northern communities, with the mayor of Kirkenes countering the allegations on the nationwide evening news.

As someone who has studied the political effects of Arctic region-building for the past 15 years, it’s surprising to see a hoped for outcome of border-crossing activities – namely nuanced understanding of the complex social, political and economic sensibilities and challenges of neighboring states –  seen in a negative light.

I have yet to meet an active practitioner of cross-border relations in the Barents and the broader Arctic who doesn’t condemn Russia’s illegal annexation of Crimea and ongoing aggression in Ukraine. Yet, active border crossers’ accounts of practical, ongoing environmental, educational and cultural cooperation intrinsically challenge the (partly) revived black and white geopolitical narratives of the Cold War.

It’s worth considering that, rather than having mixed loyalties or being naïve dewy-eyed optimists, those engaged in practical cooperation in the Arctic are meeting a Russia with different interests and tools than what we have seen along other compass points.

What about the Arctic?

I was recently at a conference at Wilton Park, a Downton Abbey-like conference facility owned (at an arms-length) by the British Foreign Service. During my presentation, I was asked by a European participant, ‘well, circumpolar cooperation is all well and good but what to do about the expansionist Russian bear in the Arctic?’

As I had ample time available, I spoke as a geographer and encouraged the questioner to consider that security and foreign policy also have a spatial component.  In other words, politics and security are enacted in places and vary over space. Drawing upon a study I had done with Stina Torjesen, I explained how we had looked systematically at Russia’s multilateral and bilateral relations and (re)confirmed the established notion that Russia operates with a much broader set of possible actions for the ‘Near Abroad’ (the immediately adjacent countries of the former Soviet Union) than when meeting NATO security architecture and other countries in the ‘Far Abroad’ (basically everything outside of the former Soviet Union).

In other words, the ‘Near’ and ‘Far’ abroad are politically and historically constructed ideas about space in the Russian foreign policy and security establishments. These different ‘imagined’ zones grant different degrees of latitude. This means that Russia’s violent interventions in neighbor Ukraine are condemnable and deeply worrying in their own right, but do not suggest that Russia will invade neighbor Norway or the NATO countries of Eastern Europe.

How, then, does the Arctic fit into this picture of a two-zone terrain of Russian foreign policy? This is a tricky question. Russia’s Arctic is the county’s sovereign territory, coastal zones and adjacent seas (what would have been a ‘near abroad’ zone to the West or South). However, in the Arctic, Russia meets only countries of the ‘Far Abroad’ as its immediate Arctic counterparts.

To test out this mixing of near and far, another colleague, Helge Blakkisrud, and I studied how Russia managed Arctic relations during an earlier low-point in East-West relations following the Georgian War in 2008. Through an extensive interview set with Arctic diplomats, we found that the Russian foreign policy and security elite actively worked to buffer Arctic cooperation from negative spillover from other contact and support the Arctic as a zone of ‘win-win’ possibilities for the Russian state and population in contact with other Arctic states.

Following the annexation of Crimea, we see similar trends, albeit not to the same degree given the gravity of today’s international political situation. Most of the cooperation in the Arctic Council continued, as well as in bilateral Russian-Norwegian relations (fisheries, environmental management). And a lower-level coast guard cooperation has grown up to replace partially the suspension of high-level Arctic military joint activities.
On a similar note, while many security analysts pay close attention to Russia’s military capacities in the Arctic, few suggest that this is in preparation for possible conflicts in the region itself (instead they see military activities in the Arctic primarily in light Russia’s broader global security aims). All of this suggests that the Arctic in Russian foreign and security thinking remains primarily a zone of the ‘far abroad’ and, therefore, some steps removed from the latitude the country grants itself in the ‘near abroad.’

However, Russian politicians no longer profile their cozy contact with other Arctic ministers at Arctic Council meetings and speak warmly of Arctic cooperation. It simply doesn’t fit into an overall more negative and ‘enemy’ picture of Western countries in Moscow.
Instead, they place the emphasis on Russia’s commitment to following international law in the Arctic, like the U.N. Convention on the Law of the Sea. In light of Russia’s annexation of Crimea, one should approach these supportive declarations about international law with a healthy degree of skepticism. However, when we add in the fact that Russia and the other Arctic coastal states are well served by the law of the sea in terms of the prospects for expanded jurisdictions, the link between international law and Russian national Arctic interests is apparent. In all likelihood, a huge swath of Arctic Ocean seabed will end up under Russia’s jurisdiction. It may be almost more Arctic than a state might want if you consider the costs of delivering on the necessary domain awareness and the regulatory and infrastructural frameworks for sustainable economic development.

Russia’s actions in Ukraine are indeed a major security threat to be met by a united Europe backed up by the transatlantic NATO alliance. At the same time, we should be listening to and valuing the ‘hands-on’ viewpoints of those engaged actively in cross-border work with Russia bilaterally and in multilateral settings.  Rather than ascribing these accounts of cooperation to mixed loyalties or dewy-eyed naiveté, one should consider that those engaged in active Arctic cooperation may be meeting a slightly different Russia.
The Arctic is a vast region and there is probably enough space – and foreign policy purpose - for more than one geopolitical thought at a time.

This article was first published in the online newspaper High North News.