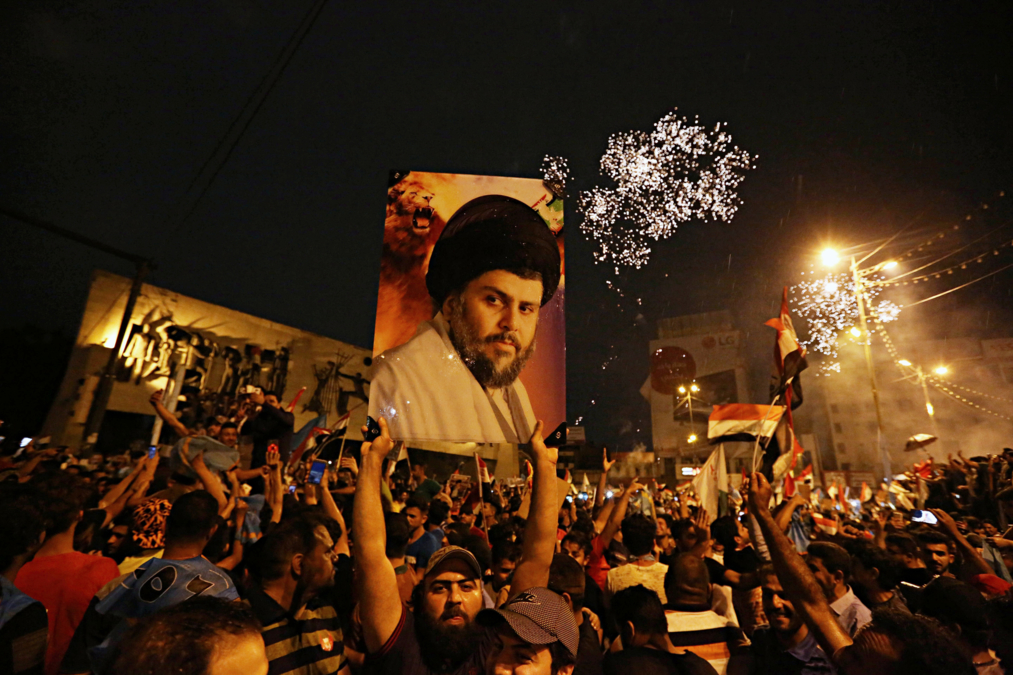 DIRTY POLITICS: One (forthcoming) of the five HYRES research notes looks into Shia Islamism in Iraq and analyses the idea of ‘politics as dirty’. Ayatollah Ali al-Sistani, the highest Shia religious authority in Iraq, does not venture further into Iraq’s party politics, partly because this could undermine his reputation. Yet, al-Sistani’s name confers so much legitimacy that competing Shia candidates all used his name in the campaign, and interpreted his messages to suit their political agendas. Muqtada al-Sadr, as seen here, has found a niche in his ‘Iraq first’ approach to Shia politics.

How do Islamist movements relate to the modern state?

The first research notes from the HYRES project are out, analyzing several very timely questions related to Islamist movements in Mali, Iraq, Libya and Lebanon.

These first HYRES (‘Hybrid Pathways to Resistance in the Islamic World’) research notes are the first research outputs produced by the project (HYRES). The reports analyse cases from Mali, Iraq, Lebanon and Libya.

Sunni and Shia Islamism are seen not as monolithic blocs but as ideological arenas of dispute between competing and evolving social movements, operating in specific local and domestic contexts. Why do some Islamist movements operate within the framework of the state, while others orient themselves towards the transnational level and solidarity with Muslims abroad? And if context matters, why do certain movements in a country choose the strategy of violence, while others operating in the same local space have peaceful relations with the government?

A fine line in Mali

Morten Bøås, Abdoul Wahab Cissé and Aboubacar Diallo  show in the case of Mali that religious leaders have to manage a fine line between their desire to gain political influence and the discredatory potential which politics can entail, due to the country’s endemic corruption.

Religious leaders become gatekeepers for different electoral candidates, but the constallation of alliances can easily shift.

In his research note (in production) on Shia Islamism in Iraq, Kjetil Selvik also analyses the idea of ‘politics as dirty’. Ayatollah Ali al-Sistani, the highest Shia religious authority in Iraq, delivered a message prior to the elections asking Iraq’s politicians to respect the rule of law and to fight relentlessly against corruption.

Al-Sistani does not venture further into Iraq’s party politics, partly because this could undermine his reputation. Yet, al-Sistani’s name confers so much legitimacy that competing Shia candidates all used his name in the campaign, and interpreted his messages to suit their political agendas. Muqtada al-Sadr, to take one example, has found a niche in his ‘Iraq first’ approach to Shia politics.

In their analysis of the evolution of quietist Salafism in Libya, Virginie Collombier and Fiona Barsoum argue that the respective fortunes of different Salafi groups in the country depends on how they responded to constraints and opportunities in the local context.

Madkhali (apolitical) Salafism emerged in Libya during the era of Muammar al-Qadhafi as a result of state effort to promote a Libyan Salafism supportive of the regime.[1]

The role of party politics

The above three research notes all analyse the question of participation in party politics.

As the Libyan case shows, Madkhali Salafis became influential at the local level despite, or as a result of, their refusal of party politics. After 2014 and the growing competition for the Libyan state, Madkhalis became increasingly important and legitimate grassroot actors.

Political Salafis (the Libya Islamic Fighting Group) who had been involved in state institutions through the ‘Libya Dawn’ operation were discredited as the country’s political transition was derailing. Madkhali Salafis have on the other hand been able to embed themselves in state institutions at a lower level, on both sides of the political divides.

Writing on the Lebanese context and the case of sheikh Ahmad al-Assir in Saida, Are J. Knudsen coins the term neo-Salafism to argue that Salafism is less about religious credentials than about populism and sectarianism.

This explains its appeal in some Sunni cities in Lebanon in the early years of the Syrian crisis, which has had massive implications across the border. Moreover, Salafism became a mass movement in Lebanon in the shadow of the growing gap between Sunni elites and Sunni voters. While many argue that Salafism has become an Islam of the urban poor, Knudsen shows that al-Assir’s movement also consisted of members of the middle class and wealthy merchants from Saida, who provided funding to Assir’s movement as an alternative to the established elite politicians.

Declining popularity for the Muslim Brotherhood

In another case, Prof. Abdul Ghany Imad  analyses the declining popularity of the Lebanese branch of the Muslim Brotherhood, al-Jamaa al-Islamiyya. This used to be the largest Sunni Islamist movement in Lebanon, but lost its parliamentary seat after the 2018 elections. The Saudi and UAE campaign on MB organizations in the Middle East created external pressure on the movement, which could not find alliance partners in the electoral system.[2]

Moreover, the movement has long faced internal organizational crisis. The decline of al-Jamaa al-Islamiyya also occurs against the backdrop of the re-emergence of pro-Hizbullah Sunni Islamists in the Lebanese parliament, another sign of the shifting regional power balance. Although political pluralism can benefit the Sunni community, its growing fragmentation is a manifestation of a Sunni crisis in the Middle East.

Taken together, the research notes insist on the volatility in the repertoires of Islamist movement, which can shift from party politics to grassroot mobilization or vice versa, depending on the local context. The aim of HYRES is to continue to analyse this hybridity of Islamist pathways.

Moreover, many cases highlight the role of the religious leaders (sheikh) in the clientelist domestic system, although the discreditory potential of politics also forces pious men of religion to keep their distance to crooked politicians.

[1] Madkhali Salafism is named after the Saudi preacher Rabi’ Ibn Haadee ‘Umayr al-Madkhali and has become one of the largest Salafi currents worldwide.