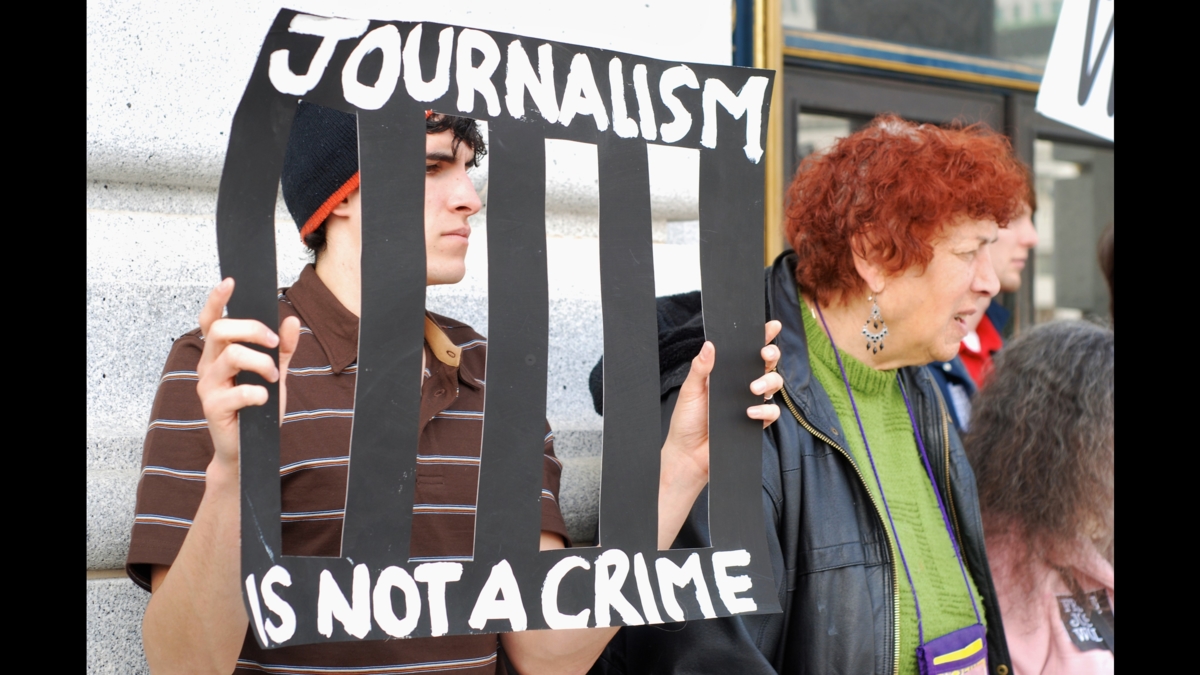 Information worth killing for

What is the role of investigative journalism in unveiling financial secrecy?

The PWYP conference programme can be found here

Journalists, academics and experts gathered in Oslo in March to discuss the role of investigative journalism in unveiling financial secrecy and illicit financial flows. The event was the 3rd PWYP Norway conference in the ‘Making Transparency Possible’- series.

Journalists are at risk. According to conference speaker Richard Sambrook, professor of Journalism at Cardiff University and previous director of Global News at BBC, two journalists are murdered every week around the world. The information that journalists uncover and expose is powerful, and it involves powerful people

The Panama Papers leak in 2015 uncovered the magnitude of financial secrecy for all of the world to see. Among the exposed were the Prime Minister of Iceland, the Prime Minister of Pakistan, large numbers of Brazilian members of parliament, as well as superstars like football player Lionel Messi. For some, the reporting of hidden money and corruption, was fatal. The Maltese investigative, journalist Daphne Caruana Galizia, was killed shortly after she revealed controversial Panama Papers information relating to several Maltese ministers, including the prime minister. The information about the hidden accounts of the world’s most powerful is information worth killing for. ­ ­

The battle for more transparency

First key note speaker Anya Schiffrin, Director of the Technology, Media and Communications specialization at Columbia University, emphasized the importance of journalism and the role it has played in fighting injustice and wrongdoing.

She illustrated the significance of these asymmetries by telling the story of Carlos Cardoso, a Mozambican journalist who was murdered in 2000, ensuing his investigation into alleged corruption in the privatization of Mozambique’s biggest bank.

She was followed by second key note speaker, Joseph Stiglitz, Professor of Economics at Columbia, who said that one of the issues with financial transparency is that it’s not compatible with most business models.

–  There is a battle in politics over the access to financial information. The press and the civil society are trying to enhance the transparency, while private industry is working hard to enhance the secrecy.

He used lucrative natural resource extraction contracts as an example, and said when civil society demands information about the content of such contracts, we are never presented with the full information:

–  Companies are required to tell the truth and nothing but the truth, but not the whole truth.

Too often, government policies defend business and financial opaqueness on the grounds of protecting commercial secrets. And this makes no sense since a government is by definition working for the you (the people), he continued.

In a panel several directors of important Norwegian financial institutions were asked what they thought were some of the takeaways from leaks like the Panama Papers:

–  The important gain was the societal discussion, and the shedding of light on the international transactions. This definitely helped change the general attitude towards transparency, said Hans Christan Holte, Director of the Norwegian Tax Administration

–  [One consequence of the leaks is that] journalists bring more info us. At the same time, it’s easier to get documents from tax havens now than before, Trond Eirik Schea, head of Norwegian National Authority for Investigation and Prosecution of Economic and Environmental Crime (Økokrim).

–  A big learning experience (from leaks) is that being a small bank of the outskirts of the world does not reduce the risk of being used. It’s about the weakest link, said Idar Kreutzer, Director of Finance Norway

The road ahead for investigative journalism

Journalists are invaluable in exposing the power asymmetries and the hidden world of corruption. At the same time, newspapers and media are finding themselves in a money squeeze, due to underfunding. This puts the free media in a difficult position: Receiving money from organizations and foundations often includes conditions for which cases and topics to write about, explained Craig McKune, investigative journalist from South Africa. On the other hand, lack of money restricts journalists to produce time efficient, click-securing news stories. This take time and effort away from more dig-demanding cases, cases which makes up the backbone of investigative journalism.

One solution to money restraints are sharing of stories through increased collaboration between journalists. Although this is hard considering journalists’ desire to protect their stories and make sure their newspapers get the lead on the story. Although for organized groups, collaboration is easy, said McKune, especially referring to ICIJ who famously covered the panama papers in 2015 and consequently won the Pulitzer price.

During their work with the large amount of documents from the Panama leak, the ICIJ built large datasets and interactive design tools online to map out the connections between the people in the documents. ICIJ were also dependent on secure databases and communications to protect their story and leak.

This brings us full circle back to Stiglitz’s point on the battle of transparency between governments and business and the civil society. One place to start for more transparency is better freedom of information-laws which ensures access to data held by governments. For the unveiling of corporate crimes or immoral activity, the protection of whistleblowers is important.

Journalists then have an important role in communicating the abuse of power and corruption to the public.

– Continuing to have a strong reporting on this is a battle that we will win, stated Joseph Stiglitz.