President Vladimir Putin delivered a speech during a concert that marked the 8th anniversary of Crimea's reunification with Russia at the Luzhniki stadium in Moscow, Russia, 18 March 2022. The banner holds the letter Z and says 'For Russia'.

PODCAST: Is this the end of academic freedom in Russia?

Freedom of speech in Russia has gradually been shrinking over the years, with a turn for the worse after Putin’s invasion in Ukraine. In this episode of The World Stage, we take a closer look at what this means for academics in Russia. 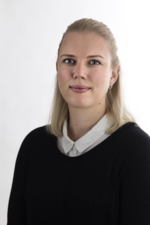 The eyes of the world are now pointed towards the horrible war in Ukraine. But right on the other side of the border, a concerning trend has been taking place for some time already. The Russian governments’ grip on freedom of speech is tightening, day by day, restricting the everyday activities and professional life of Russian citizens.

Although laws restricting freedom of speech is not a new phenomenon in Russia, it has now taken a turn for the worse. The most evident one is the newly adopted law that can give up to 15 years in prison for expressing and spreading opinions about the war that doesn’t follow the governments narrative. We’ve seen some of the consequences already with journalists and media outlets being forced to shut down or put themselves on hold for writing about the war, but these new restrictions also have a huge impact on other professions, such as the academic field.

This is the topic of the latest episode of The World Stage.

Preferably we would have had Russian academics as guests in this episode telling their first-hand experience on what it’s like as an academic in Russia right now, but as the situation has become as severe as we see today, this is almost impossible without potentially putting someone at risk. Therefore, we have instead gathered three excellent researchers who have followed the situation closely; Aude Merlin, a Lecturer in Political Science and specialist in Russian and Caucasian studies at the l'Université libre de Bruxelles; Mark Youngman, Senior Lecturer in International Relations at the University of Portsmouth; and Senior Research Fellow at NUPI Julie Wilhelmsen. Host is Communications Adviser at NUPI, Marie Furhovden.

Listen to the episode ‘Is this the end of academic freedom in Russia?’ on your preferred podcast platform:

Other episodes of The World Stage can be found here.