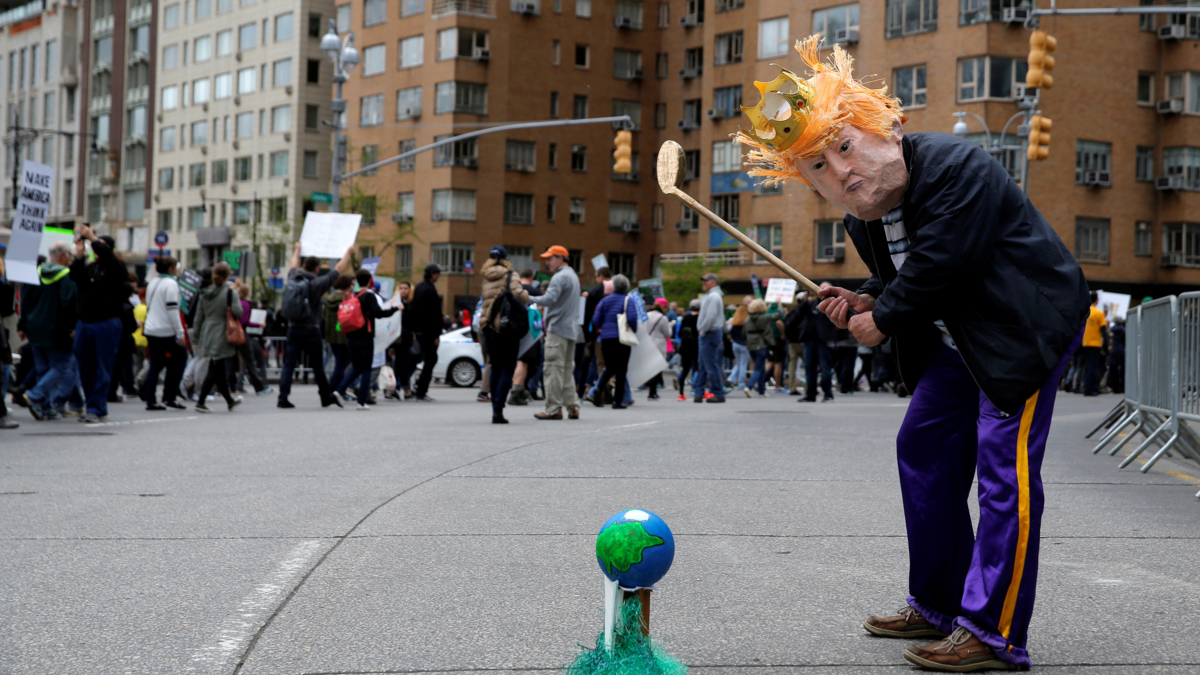 EROSION OF TRUST: Public trust in US government is near historic lows. What are the causes and consequences of American distrust in the political elite for international politics?

PODCAST: Trump – symptom or cause?

‘The scary thing is that Donald Trump now thinks that he’s got the hang of this job’. 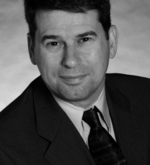 professor at Tufts University and commentator in Washington Post

Daniel Drezner is a professor at Tufts University and a commentator in Washington Post. He closely follows American politics and has written a number of books on global governance and the role of the United States in international politics. His recent book ‘The Ideas Industry’ shows how inequality and ideological polarization has changed the public debate, and how this could affect political developments in the United States and elsewhere.

Drezner visited NUPI on 20 March for an expert discussion with Research Director Ole Jacob Sending, as the second part of our seminar series Global Disorder and Distrust.

The overarching question for the event was: What are the causes and consequences of American distrust in the political elite for international politics? As Sending illustrated in his introductory remarks, research from Pew Research Center shows that public trust in US government are near historic lows. 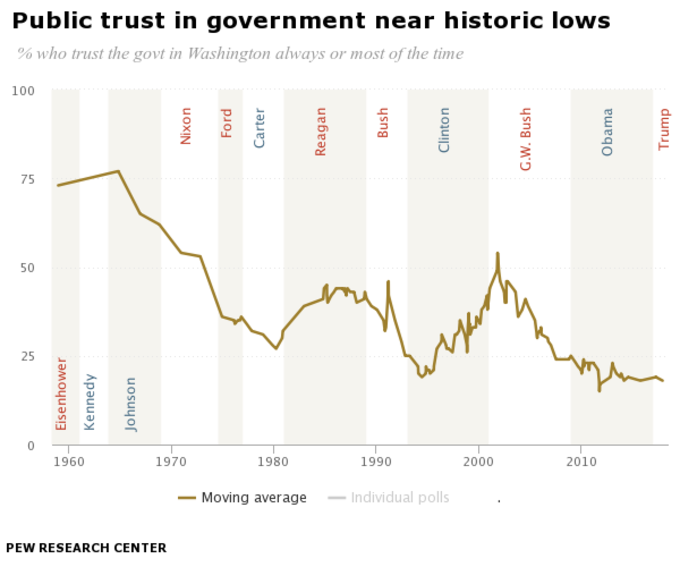 ‘One may argue that the graph tracks economic development. You see steady economic growth in the 1990s. In the Clinton era you see an increase of trust. But then you see a steady decline from Bush Jr. and under Obama, continuing under Trump. This raises the question of the election of Donald Trump as a symptom rather than a cause,’ Sending said.

‘I completely agree that the Donald Trump is far more a symptom than a cause of the erosion of trust in institutions in the United States’, Drezner said, and continued:

'You can’t blame Americans for suddenly not trusting elites anymore, because after 9/11 they saw a war launched in Afghanistan that has not ended, then another war in Iraq that had nothing to do with the war in Afghanistan and has nonetheless not ended, and then the greatest economic crisis in a century. So, it's not a shock to see this kind of erosion of trust.’

Both status quo and change

According to Drezner, Trump’s words have been bigger than his actions in the field of security policy.

‘Actually, it’s largely been status quo, if you ignore the rhetoric – although that’s quite a big if’, he added

‘Last year, there was this argument about an ‘axis of adults’ in the Trump administration. While Trump himself might be a kind of an un-guided missile as to policy, there were grown-ups in the room – like Secretary of Defense Jim Mattis or Secretary of State Rex Tillerson, or John Kelly or Gary Cohn. The argument was that they would prevent Trump from acting on his worst impulses.’

‘But I have some bad news for you: all that is gone. I don't really know how powerful it ever was, but the scary thing is that Donald Trump now actually thinks that he’s got the hang of this job. He’s been at it for a year, and in his own mind he thinks that he actually knows better than his advisers.’

Drezner also noted a somewhat surprising effect of Trump’s stance against the liberal international order, which could in turn have unexpected consequences:

PS! Don't miss out on the upcoming events in this series. Professor Shi Yinhong (Renmin University of China, Beijing) will visit us on 3. May, and on 14 June we have an event with Russia expert Fyodor Lukyanov. Check out our events page for announcements, follow us on Facebook, or sign up to our newsletter by scrolling down this page and registering.