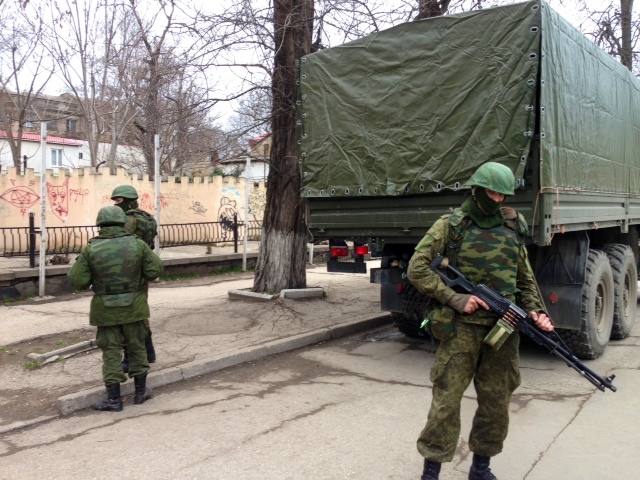 Q and A - The conflict on the Crimean Peninsula

What is happening on the Crimean Peninsula, researcher Jakub Godzimirski at NUPI?

Thursday February 27 soldiers of unknown origin took control over the parliament building in Crimea, and Russia has set its fighter jets in military preparedness. Ukraine's acting president warns that all troop movements will be considered as military aggression. The current situation has its roots in the conflict between different parts of the population on the Crimea peninsula. On the one hand there are those who are loyal to the central government in Kiev, and on the other side are those who have long tried to strengthen ties with Russia. This conflict stems from the region's history and its ethnic composition. The current situation has three dimensions: the conflict between different groups of Crimea, the conflict between the Crimean Peninsula and central authorities in Kiev and the relationship between the Ukraine and Russia.

Why is this happening?

There are strong pro-Russian forces on the Crimean Peninsula who are seeking unification with Russia. They have relatively large support among the Russian population, which makes up around 60 percent of the population of the peninsula. The conflicts on the Crimean peninsula have now been actualized by the recent uprisings in Kiev, but have in fact been going on since the disintegration of the Soviet Union and are related to who Crimea should belong to. The area has great symbolic significance for Russia. It was transferred to Ukraine in 1954 when the borders of the Soviet Union did not matter, and it was only after the Soviet Union disintegrated that these limits started to matter.

Why has Russia put its fighter jets in preparedness?

The increased preparedness of Russia’s military can be interpreted in many different ways. Firstly, it can be a game for the home audience, a way to show that Russia has opportunities to intervene, even if they have no real plans to do so. Secondly, it can be a signal to the West that Russia has the means to defend its interests in the region. Thirdly, this can also be interpreted as a natural reaction to political turbulence in neighboring areas of strategic importance for Russia. The world has seen dozens of people lose their lives in something that looked like a revolution, and they therefore take precautions and show that they are ready to tackle this type of challenge. Several other countries do the same when they experience dramatic events along its borders. The Russian reaction is most probably a mixture of all three explanations.

Is it likely that Crimea will be separated from the Ukraine and become a part of Russia?

I think that the most dramatic scenario will be avoided. There are certainly many actors that can help maximize the crisis in the Crimea, but I expect that President Putin makes a rational choice and helps to keep the situation at calm. It would prove difficult for Putin to justify a secession of Crimea. He has fought a bloody war against separatists in Chechnya in 1999, and the secession of Crimea could trigger separatist forces in other parts of the former Soviet Union. Secondly, Russia is obliged formally to protect Ukraine's territorial integrity as a result of an agreement signed in 1994 when the three great powers - Russia, the U.S. and the UK - guaranteed Ukraine's security after the country had agreed to renounce its nuclear weapons. It may therefore be difficult for Russia to recognize a secession of Crimea.

What is the role of the EU in this?
The EU has already played a role in putting an end to the bloodshed in Kiev. The EU has always been a key player in the roots of that conflict, which basically revolved around the Ukraine's choice of belonging to the east or west. EU's future role will primarily revolve around whether they will be able to provide economic and political support to the new forces in the Ukraine. However, EU does not play a direct role in terms of the conflict on the Crimean peninsula. OSCE is more likely to play a more prominent role there.