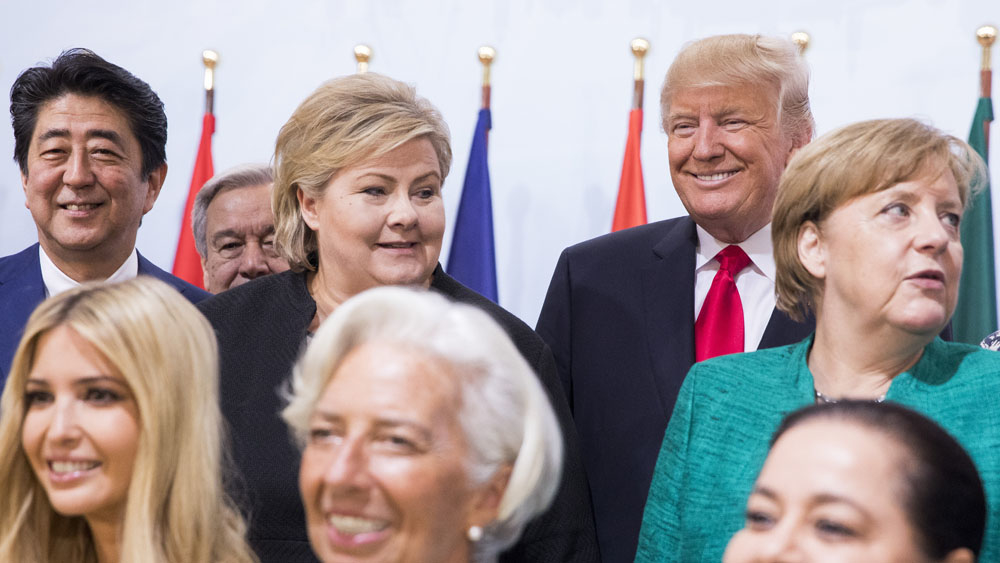 Has Norway taken the step into the Middle Power category?

(CIPS): In early June 2018, Norwegian Foreign Minister Ine Eriksen Søreide expressed in an interview with the Norwegian Broadcasting Corporation (NRK) that Norway, as a “middle-sized economy,” benefited from an open international trading system. She was therefore concerned about the outlook for increased taxes in a new potential trade war following Trump’s “America First” policy.

The following week, Norwegian Prime Minister Erna Solberg was invited to the extended meeting of the G7 in Quebec, Canada, since the topic to be discussed was sustainable ocean management. While attendees of this meeting at the outset represented the seven largest democratic economies in the world — Germany, France, Italy, the United Kingdom, the United States, Canada, Japan — some additional countries relevant to maritime stewardship and/or climate change, were invited to join in, hence the arrival of Norway.

More than a small state

A similar situation occurred during the German-hosted G20 meeting in July 2017. Here also the Norwegian prime minister was invited to join in. German Chancellor Angela Merkel wanted her attendance, despite Norway not being among the 20 largest economies in the world.

These examples illustrate a tendency where Norway, in spite of its small population, on several occasions both views itself as something more than a small state, and is acknowledged by other state leaders as being more important than what one would typically expect from a small state. However, with a population of only 5.3 million inhabitants, to label Norway as something “above” a small state is also problematic.

In my presentation, “Norway: Middle Power or Small State? Placing Norway in the International System,” I discussed how small states or middle powers can be defined. At the outset, investigating the merits of objective criteria such as these help to define a baseline:

I also gave an example from two particular areas of strength, where Norway’s influence is likely to exceed that of a traditional small state. First, Norway’s role as a key state actor in the Arctic. Second, Norway’s position and strength within the realm of security, defense and intelligence. These are areas where Norway, on several occasions rather resembles a middle power, than a small state.

Finally, when assessing Norway’s foreign policy behaviour, one can also identify how Norway has acted as a defender of liberal order, promoting internationalism and multilateral institutions. This is an order Norway also has benefitted from, where a state’s power-potential not only decides outcomes, but where law, rules, and institutions also matter.

The definitional debate in the International Relations literature is not conclusive, but the categorization of Norway as a “small middle-power” might increasingly fit Norway’s pecking order, - if one does not give population in numbers a final say.

This article is part of a six-blog series that follows from a workshop on “Middle Power Liberal Internationalism in an Illiberal World,” hosted by CIPS and funded by the Social Sciences and Humanities Research Council of Canada (SSHRC). Read this and the five other blog posts at CIPS' web page.