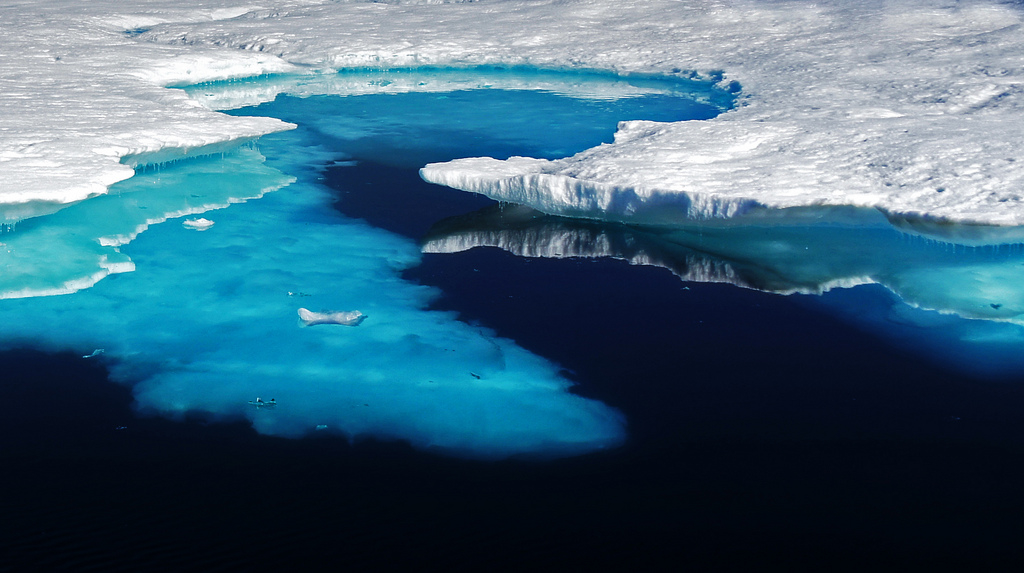 KEY ACTORS: "Most important for keeping serious conflicts out of the Arctic, are the activities and voices of the indigenous peoples of the Arctic, whose ancestral homelands and kinship ties cut across the national boundaries superimposed over them", Elana Wilson Rowe states.

An advisor working on US Arctic policy suggested that we need to ‘shine a light’ on the success of Arctic cooperation as an example of peaceful cooperation in a complicated world. Likewise, a high-level representative from Alaska underlined the pressing importance of continued cooperation with Russia, noting that the two countries at their outermost points are only 2.5 miles (3.8 km) apart.

This was a striking juxtaposition to the news about angry chaos in the UN Security Council over Syria and the Obama Administration’s decision to formally accuse the Russian government of stealing and disclosing emails from the Democratic National Committee in an attempt to influence the presidential elections.

That the Arctic Council has been largely buffered from an all-time post-Cold War low point in Russian-American relations is indeed a remarkable achievement. Particularly so given how the Council actually works. Although all 8 Arctic states need to approve the starting of new efforts and their end outputs, most work is pushed forward by smaller constellations of 3-4 states cooperating more intensively to see an output to completion. The US and Russia have long been a cooperative dyad within the Council, particularly around various forms of emergency cooperation and response. Norway frequently appears as a key third counterpart.

That it has been possible to (by and large) keep geopolitical conflict out of the Arctic Council can be explained in many ways, although these efforts and reasons are rarely discussed publicly.

The national interests of all Arctic states are reasonably well-served by existing political arrangements and the international law provisions of the UN Convention on the Law of the Sea. Both Russia and the United States are large states with traditions of running complex foreign policies that allow for separation of issues and problems and internal contradictions.

However, in thinking about the buffering of Arctic cooperation from outside problems, it is important to consider how relations between states (in and outside the Arctic Council) is but one layer of a number of webs of relations that make up the international fabric of the circumpolar north.

These governance layers include cross-border coalitions of businesspeople or scientific experts of various stripes who have longstanding connections and shared goals for the region (the Norwegian Institute of International Affairs and Fridtjof Nansen Institute with other partners are just now starting a cooperative project looking at the function of these kinds of networks). There are also internationalized families and friendships and artistic and civil society partnerships brought together by the region-building activities of the North.

Perhaps most important, however, are the activities and voices of the indigenous peoples of the Arctic, whose ancestral homelands and kinship ties cut across the national boundaries superimposed over them.

In John English’s wonderful account of the history of the Arctic Council, he describes the first North American Inuit delegation to travel across the ‘Ice Curtain’ of the Bering Sea to Chukotka in the waning days of the Soviet Union in 1988. The delegation was inspired and led by the Inuk leader and later Canadian Circumpolar Ambassador, Mary Simon, and was part of a broader exploration of the ground for interconnected, innovative forms of circumpolar governance.

Moments of the joyful, tearful reunion, which also brought together some family relations who had been separated for four decades, took place in the border-crossing native language of the Bering coasts. This was to the consternation of the English-speaking KGB ‘listeners’ assigned to monitor the delegation.

At the 2015 Arctic Council Ministerial meeting held in Iqaluit, several representatives of the ‘Permanent Participants’ (indigenous governance bodies/organizations) stood up and devoted their valuable political capital and limited diplomatic minutes to argue for continued cooperation in the region, despite the geopolitical repercussions of Russia’s annexation of Crimea.

The President of the Sami Council noted that ‘in times of geopolitical instability and changing economies, the indigenous peoples’ communities will be the first to be negatively affected. Our pledge to you all is that we need to safeguard the unique work of the Arctic Council. We need to continue to cooperate as one Arctic family learning from each other and respecting each other. That is our responsibility and is important to sustainable and well-being of all’. Likewise, Chief Michael Stickman from the Arctic Athabaskan Council stated:  ‘we are not naïve, but this council and its individual members should shield our cooperation from broader political and geopolitical rivalries.’

The Sami poetNils–Aslak Valkeapää once described the Arctic as a highway of movement and conversation, with its treeless expanses providing the opportunity to roam and the long polar nights providing opportunity to talk and listen.

It’s a beautiful image and one that reminds us that the webs of relations that make up the socio-political fabric of Arctic governance are varied and numerous.

To understand how the Arctic Council has been buffered from geopolitical storms or – more broadly – how the Arctic can be an example of peaceful cooperation to the world, we need to know more about how these networks themselves work, are sustained, handle disagreement and strife. We need to think of cooperation as a dynamic rather than static state and discuss more actively the potholes in the Arctic highway – and how they get filled.

This commentary was originally published by High North News.