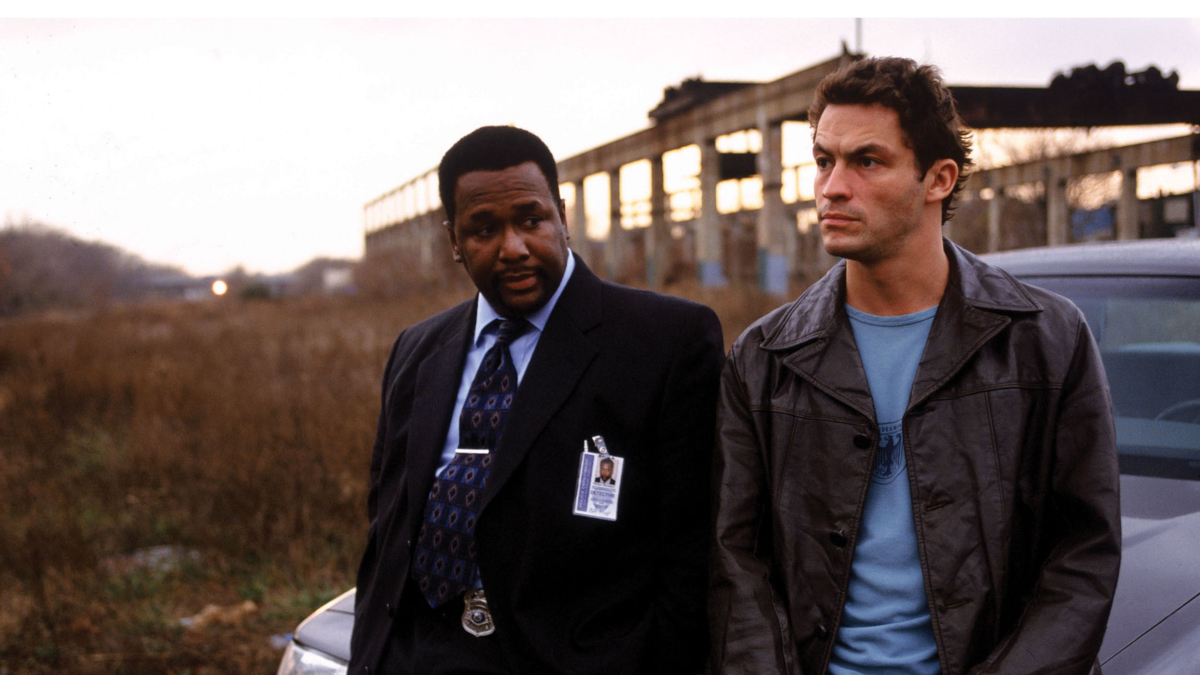 ICONIC: William 'Bunk' Moreland and Jimmy McNulty are two of The Wires main characters. 'Instead of blaming politicians, police officers or other candidates, The Wire highlights the complex and often contradictory concerns and intentions in the challenges facing the city. That is what I do with UN and peacebuilding,' explains Senior Research fellow Niels Nagelhus Schia.

The Wire Approach to the UN

What can ‘The Wire’ and McDonald's teach us about the UN?

HBO’s ground-breaking ‘The Wire’ tops the TV and movie database IMDB’s ranking of the best TV series in the world.  Niels Nagelhus Schia, Senior Research Fellow at NUPI, has chosen the show as a source of inspiration for his anthropological study of the UN, now published in book form as  Franchised States and the Bureaucracy of Peace (Palgrave Macmillan).

‘In the book I show how the UN, in its eagerness to build states in order to build peace, actually becomes part of the state’, Schia explains.

‘If we see Baltimore as the main character in The Wire, we could say that the show provides insights into this leading character through five seasons with five different perspectives – or parts of the city: the port authorities, drug dealers and the police, politics, media and the school system. Instead of blaming politicians, police officers or other candidates, The Wire highlights the complex and often contradictory concerns and intentions in the challenges facing the city. That is what I do with UN and peacebuilding.’

Five perspectives on the UN

In addition to ensuring peace and security through the military presence of UN troops, peacebuilding involves reforming and strengthening the state apparatus and institutions in post-conflict states.

‘Taking the UN as the main character, my study sheds light on it from several perspectives: the Security Council, the UN bureaucracy, UN headquarters in Liberia, the UN on the ground in Liberia, Liberian ministries and the state apparatus’, explains Schia, who has followed peacebuilding processes from New York to Liberia.

From the coup in 1980 to the signing of a peace treaty in 2003, conflicts have put their mark on Liberia. The UN presence has employed massive resources; until 2007 the UN mission in Liberia was the largest mission (in terms of both resources and personnel) in the history of the world organization.

‘Studying UN peacebuilding anthropologically makes it possible to highlight the complexity of peacebuilding. Linkages to international, national and local motives and intentions are revealed, in turn helping to explain why peacebuilding is more than simply a matter of finding the right recipe and the right people for the right jobs. It allows us to see peacebuilding more broadly, as a global process, where officials and bureaucrats manoeuvre between motives that may seem conflicting in the short term, but may be pulling in the same direction in the long term.’

One illustration Schia use to explain these conflicting concerns and considerations is about the UN Security Council:

‘If the Security Council can’t agree on matters, it can’t make decisions, thereby risking sidelining itself – becoming irrelevant, as was the fate of the League of Nations in its time. This gives a special dynamic to the Security Council’s decision-making processes, which frequently concern great-power interests. If the primary focus is on achieving an agreement, then needs on the ground – where the peacebuilding takes place – may become secondary.’

‘McDonalds is a good example of how a franchise works. The business idea is distributed to branches all over the world, which use the same products, brands and work patterns, regardless of where they’re located. The concept of franchised state draws attention to how states like Liberia are built on established international views as to what a state is. These views – or business ideals, to continue the comparison – are managed and distributed by international actors, such as the actors in the UN Security Council’, says Schia. He continues:

‘States like Liberia that are largely built and managed in the same way as franchise systems emerge as franchises, not self-contained entities. This can have positive and negative consequences. On the one hand, it may contribute to stability, and help to lubricate the machinery of the state apparatus. But it can also undermine national structures, ways of doing things, and local knowledge. That also means that the state in question, at least for some time, becomes more dependent on external forces. In the book I draw up a model to explain how this arrangement works.’

A new kind of state

To sum up: The concept of franchised states points toward a new kind of state formation brought about by the rise of transnational rule.

‘Here, the traditional national state loses terrain to a new kind of state, emerging in a network of NGOs, corporations, states and international organizations. When the UN sets about building peace in a post-conflict country, that is often how it’s done. And that should be taken into consideration in designing UN exit strategies, and in measuring success.’

Schia emphasizes that he is not focusing on the negative or positive aspects. In his opinion, the UN is too often criticized for being ineffective, for not creating the desired peacebuilding effects, for failing to establish national ownership, and for peacebuilding costing too much – when what the UN is actually involved in are larger-scale processes that require manoeuvring among conflicting concerns.

‘In my view, such criticisms fail to recognize the complexity in peacebuilding processes, or how bureaucracies and state apparatuses in well-functioning countries fortunate enough to have long-lasting peace and stability have come about as the result of long-term processes that have involved many attempts and failures.’