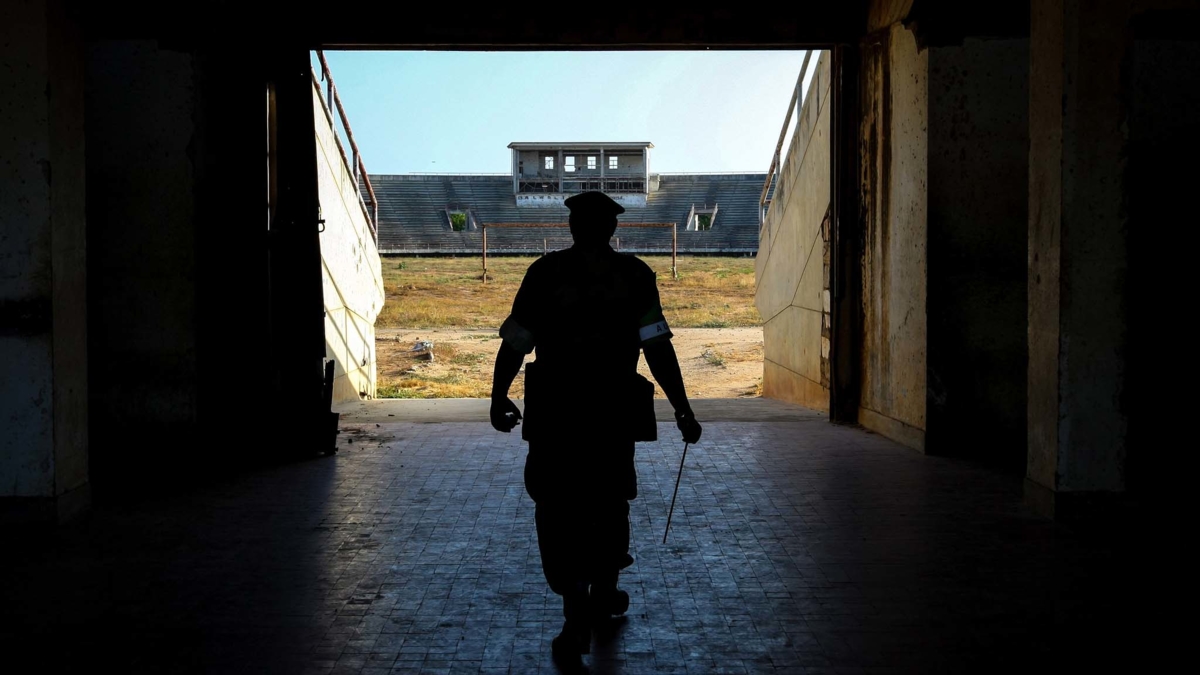 UNIQUE: The African Union's peace operations differ from UN peacekeeping operations in several important aspects. The image shows a soldier from Uganda in the AMISOM mission in Somalia.

The future of peace in Africa

Africa does not need saviors, but partners, according to Cedric de Coning and John Karlsrud, co-editors of the recent book ‘The Future of African Peace Operations: From Janjaweed to Boko Haram’.

These are the main findings in the book ‘The Future of African Peace Operations: From Janjaweed to Boko Haram’, which was published this month, edited by NUPI researchers Cedric de Coning and John Karlsrud, together with Linnéa Gelot (The Nordic Africa Institute).

The idea came to life after de Coning participated in the Gambari Independent Panel of Experts, which assessed the progress of the African Standby Force (ASF, see fact box), and a subsequent NUPI seminar on the Strategic Options for the Future of African Peace Operations in 2013.

He stresses that African peace operations are not just regional copies of UN peacekeeping.

‘If partners want to contribute to the effectiveness and efficiency of African peace operations, they have to understand them on their own terms and not as proxies for UN peace operations,’ he says.

AU peace operations differ from UN peacekeeping operations in several important aspects. First, they are not guided by the three principles of UN peacekeeping (consent, impartiality and minimum use of force), nor by the UN Charter’s differentiation between Chapters VI (peaceful settlement of disputes) and VII (use force to protect itself and the mandate).

‘A typical UN peacekeeping operation is tasked with helping to implement a peace agreement after a conflict has essentially come to an end. In contrast, most African peace operations to date have been tasked to bring ongoing conflicts to an end, which usually require greater use of force,’ de Coning says.

Secondly, he explains, there is less of a sense of intervention from the outside to ensure compliance with international standards and more a sense of solidarity or coming to the aid of neighbours.

Thirdly, the UN has provided support to AU missions, and in most cases taken over the mission to help ensure sustained international support for the peace process.

‘In this context a division of work has emerged where the AU has essentially become a specialist in stabilization operations’, de Coning explains.

The debate on peace operations today evolves around challenges such as if peace operations should and could be used to fight rebel and terrorist groups, considering their mandate and the need of the UN to be an impartial arbiter of conflicts. At the same time, the Arab spring has left a number of countries wrecked with conflict in its wake, and future peace operations are likely to be deployed to more dangerous settings such as Libya, Syria and Yemen.

‘To wrest with these problems, the UN Secretary-General nominated a High-level Independent Panel on Peace Operations who delivered their report in June 2015,’ Senior Research Fellow John Karlsrud (NUPI) explains.

In parallel, the US has been pushing for reform.

‘These processes push in the same direction – UN and regional peace operations must be strengthened to be relevant to the challenges on the ground today, and there must be increased burden-sharing – meaning that Western countries should contribute more, in terms of troops, equipment and training; and that there will be many instances where the UN may not suitable to be the first responder, and African or other regional organizations, or coalitions of the willing must take care of the more robust end of the spectrum,’ says Karlsrud.

Norway has contributed to UN and AU peace operations since the Norwegian troop contribution in the peace operation in Congo in the 1960’s. Since the mid-1990’s, direct Norwegian contributions have mainly taken place through NATO, but Norway still cooperates closely with the UN and the AU through contributions to policy development, doctrine and training of soldiers, police and civilians through Training for Peace, for example.

‘The Norwegian contribution is based on our long-term engagement for peace and security in the UN, and we want the AU to strengthen its capacity to handle African security challenges. This is a direct reply to Norwegian security policy interests. Our future collaboration with the AU in the framework of Training for Peace will pay close attention to these challenges and to prevention, mediation and peacebuilding and to how these areas of work can be closer linked to peace operations,’ Karlsrud says.