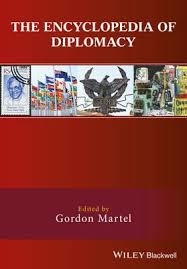 Cromwell's diplomatic efforts aimed at reorienting England towards an alliance with Protestant powers after the English Reformation of the 1530s and the subsequent break from Rome and the ensuing break from its traditional Catholic orientation in European affairs. Through a series of diplomatic negotiations (1534–40) with the German Schmalkaldic League, Cromwell's efforts culminated with the matrimonial alliance through Henry VIII's marriage to Anne of Cleves – which, eventually, also led to Cromwell's fall. Cromwell's main legacy was a dramatic strengthening of England's diplomatic apparatus, and to give the country's foreign policy a new orientation, the Protestant cause.