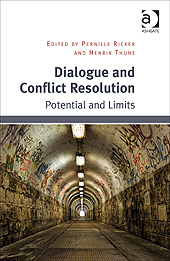 Dialogue is typically hailed as a progressive force fostering mutual understanding and resolving conflicts. Can it really carry such a burden? Does dialogue really resolve conflicts?

In this unique volume international experts critically assess the political role of dialogue, addressing its potential and limitations. Bringing fascinating insights to bear they examine the theoretical underpinnings and conceptual boundaries of dialogue as a tool for conflict resolution. Major recent crises such as the Russo-Georgian war in 2008, the conflict between Western powers and Gaddafi’s Libya, arguments over Iran’s nuclear programme, religious tensions in Egypt after the Arab Spring, the Afghan case, the Sudanese experience and the recent Russo-Ukraine conflict are all considered and the conflict resolution attempts discussed. Using these cases the contributors explore in depth the nature of the dialogue between the actors, the extent to which it worked and what determined its impact.

5 What makes dialogue and diplomacy work or not? Russia – Georgia and Russia – Ukraine
Jakub M. Godzimirski

7 Libya: The promise and pitfalls of diplomacy
Målfrid Braut-Hegghammer and Pernille Rieker

9 The attempts of dialogue in Sudan
John Ashworth