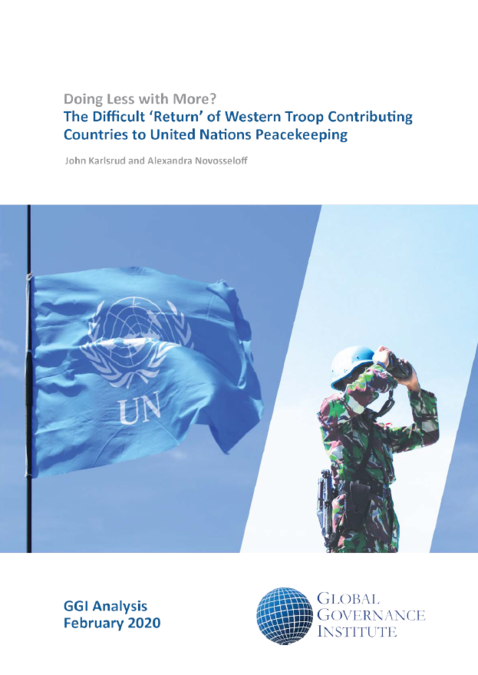 Among others, the deployment of the UN stabilization mission to Mali (MINUSMA) in 2013 has been characterized by a number of researchers as a ‘return’ of Western troop contributors to United Nations (UN) peacekeeping in Africa. The aim of this report is to look at the reality of that ‘return,’ and whether it has enhanced the effectiveness of UN peacekeeping overall and of the UN mission in Mali in particular.

In policy and academic circles, the return has been hailed as an opportunity for Western member states to contribute niche capabilities such as ISRs including surveillance drones, military transport and attack helicopters, special forces, and to share experiences and practices developed over a long period of counterinsurgency and counterterrorism warfare in e.g. Afghanistan and Iraq.

In Mali, the UN mission is mired in a situation where these experiences were considered as relevant, all the more so as some considered that new UN peacekeeping missions could be deployed to Libya, Somalia, Syria, or in Yemen, thereby making Mali a key testing ground for the future from this perspective.

However, while Western countries may indeed have lessons to share, the report argues that so far their contribution to MINUSMA has been a very mixed blessing. The report explores these challenges and impact of them on the effectiveness of UN peacekeeping, defined as the ability to sustain peace over time.