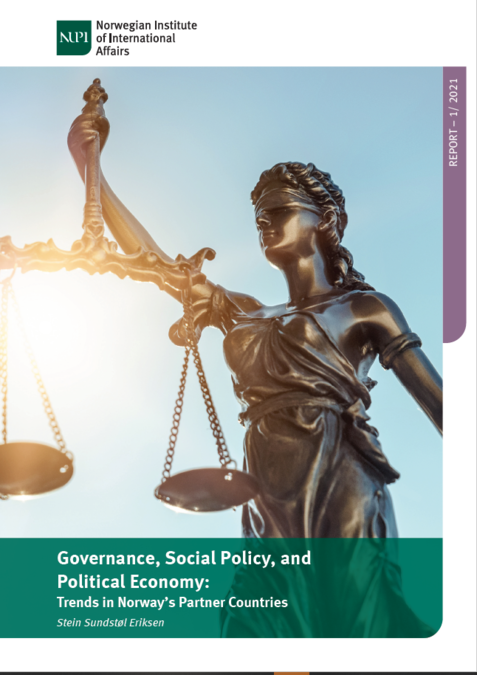 In 2017–2018, NUPI (the Norwegian Institute of International Affairs) headed a project where political economy analyses were undertaken in eleven of Norway’s partner countries. These analyses were published as eleven separate reports. The reports focused on power relations and political developments in the partner countries, but they also analyzed the nature of governance.

After the publication of the World Bank’s Worldwide Governance Indicators for 2019, the MFA approached NUPI and requested that we summarize the findings of this report for Norway’s eleven partner countries and assess these findings in light of the political economy analyses. We were also asked to investigate whether there were any connections between the nature and quality of governance on the one hand, and the nature of social policies and the human rights situation on the other.