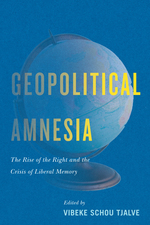 What Liberalism? Russia’s Conservative Turn and the Liberal Order

Book title: Geopolitical Amnesia: The Rise of the Right and the Crisis of Liberal Memory

Through a regime that increasingly promotes a conservative domestic agenda and at times portrays the West as decadent and lost, the Russian state has been cast as the front man in a new international conservative revolt. Yet, calling the Russian state ‘anti-liberal’ misses the complexity of its critique of liberal international politics. This essay argues that the ‘anti-liberalism’ of the current and in many ways radically conservative Russian state is one directed at the particular form of anti-pluralist and internationalist liberalism associated with the ‘benchmark date’ of 1989 and the period of liberal triumphalism that followed – not at the system of regulated state sovereignty laid down after 1945, known as ‘liberal order’. While the current Russian state clearly challenges central aspects of liberalism at home, and echoes Schmittian realism in several regards, the state also relies on a specific interpretation of concepts such as sovereignty and non-interference that historically were part of a more stability-oriented, conservative liberal international vision. Exploring exactly ‘what liberalism’ it is that Russia is increasingly defying, the essay opens up an important space to historicize and interrogate what post-1945 liberal memory is, how such memory is currently being re-negotiated by a New Western Right, and what Russia has got to do with it.