2015 - 2016 (Completed) Project number: QZA-14/400
The Rising Powers and Peacebuilding project seeks to address an important question that has not yet been thoroughly researched: what are the new approaches that rising powers have taken to peacebuilding, how do they differ from those of traditional powers and multilateral institutions, and what lessons can be learned from these new approaches?

This project seeks to provide a structured, critical analysis of the values, content and impact of recent peacebuilding initiatives of rising powers, comparing them to one another and to approaches by Western donors and international organizations.

The project also aims to offer new theoretical claims about the role of the global South in peacebuilding, rooted in insightful empirical work (on Somalia, Afghanistan and Myanmar and on specific non-Western actors), and to make key policy audiences aware of alternative approaches and their empirical records. Ultimately, the project aims to build a greater understanding among Northern and Southern peacebuilding scholars, and among key peacebuilding policymakers and practitioners, about the (a) roles, (b) motives, (c) content and (d) impact of peacebuilding efforts by Southern and rising powers. It also strives to build a more globally equal and inclusive dialogue on the roles and values of new peacebuilding actors.

Finally, the project aims to create positive changes in peacebuilding approaches among dominant multilateral and bilateral actors based on the experience and lessons of Southern peacebuilding efforts. 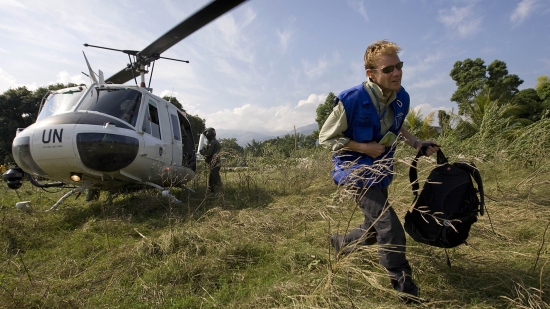 A different kind of peacebuilding?

NUPI has, together with five partners, investigated the rising powers’ approach to peacebuilding. 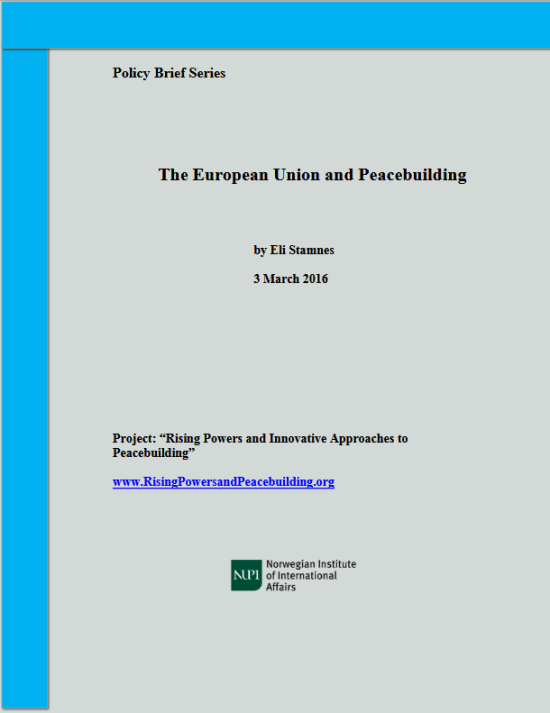 2016
The Rising Powers and Peacebuilding project seeks to address an important question that has not yet been thoroughly researched: what are the new approaches ...
Publication : ANTOLOGI 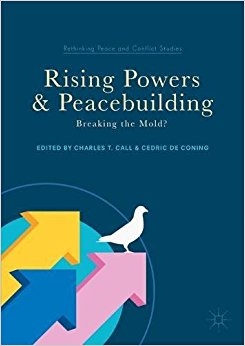 2017
This book is open access under a CC BY 4.0 license. This edited volume examines the policies and practices of rising powers on peacebuilding. It analyzes ...