30 years of renovation: achievements and prospects of economic and social development in Viet Nam

NUPI has the pleasure of welcoming H.E. Prof. Dr. Nguyen Thien Nhan, Chairman of the Vietnam Fatherland Front (VFF), to an open seminar. 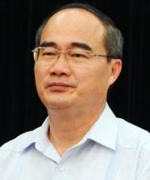 H.E. Prof. Dr. Nguyen Thien Nhan will adress the issue of economic and social development in Viet Nam over the last three decades. What has been achieved and what are the prospects for future development? What is the role of political and social organizations in Viet Nam's development? And how does Viet Nam position itself regionally as part of the country's development?