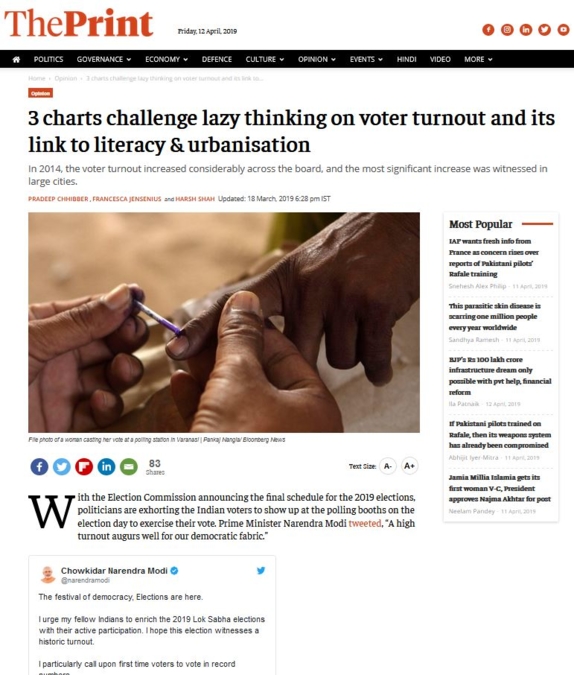 India is known for a fairly high election turnout, but who turns out to vote in India, and why? In our last article, we discussed how constituency size, organisational networks, and social pressures may play a role in influencing voter turnout.

Two other factors are commonly cited as having an impact on turnout: literacy and urbanisation. Our findings suggest that the impact of overall education levels and urbanisation on voter turnout in India may be more nuanced than what political observers have traditionally believed.