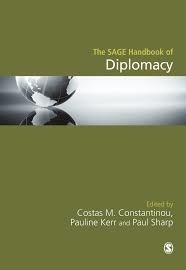 A conceptual history of diplomacy

Scholars of diplomacy have identified diplomatic practices across the human experience, spanning the globe and going back before recorded history. Even so, the actual term ‘diplomacy’ did not enter into usage until the last decade of the 18th century. Does this discrepancy matter, and if so, what can it tell us? These are the underlying questions of this chapter. Drawing on a relatively modest secondary literature, as well as a number of primary sources, Leira emphasises the relative modernity of the concept of ‘diplomacy’, and how it emerged very rapidly as part of a much wider transformation of political vocabularies around 1800. Furthermore, he stresses, how it emerged as a contested concept (almost a term of abuse), and how it has repeatedly been contested over the last two centuries.