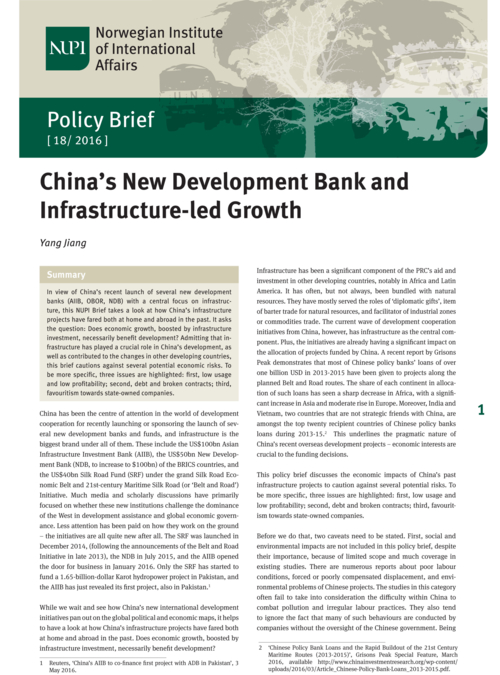 In view of China’s recent launch of several new development banks (AIIB, OBOR, NDB) with a central focus on infrastructure, this NUPI Brief takes a look at how China’s infrastructure projects have fared both at home and abroad in the past. It asks the question: Does economic growth, boosted by infrastructure investment, necessarily benefit development? Admitting that infrastructure has played a crucial role in China’s development, as well as contributed to the changes in other developing countries, this brief cautions against several potential economic risks. To be more specific, three issues are highlighted: first, low usage and low profitability; second, debt and broken contracts; third, favouritism towards state-owned companies.