EU initiatives along the ‘cocaine routes’ to Europe: Fighting drug trafficking and terrorism by proxy? 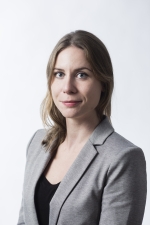 While broad scholarly attention has been devoted to the securitization of migration in the ′EU’s relations with neighboring countries, less attention has been given to the ways in which the EU is partnering with third countries to fight other central ′‘unconventional security threats′’, such as terrorism and drug trafficking. This article traces the evolution of EU cooperation on these two issues with countries along the cocaine trafficking routes to Europe, i.e. Latin America and the Caribbean and West Africa. A mapping of EU initiatives and cooperation reveals that not only can a securitization of EU cooperation be observed in both regions, but various ′‘unconventional security threats′’, perceived in geopolitical terms, seem increasingly to serve as drivers for EU external action. The modalities of EU support – through international and regional organizations as well as third countries’ own counter-crime and counter-terrorism capabilities – suggest that the Union is fighting drug trafficking and terrorism ′‘by proxy′’. The article discusses whether the ′‘indirect′’ EU approach is a strategy of efficient engagement, or rather a way of avoiding commitment while portraying itself as a ′‘global crime fighter′’. Lastly, more analytical attention to third country interests, agency, and opposition is suggested in order for analyses to transcend the one-directional understanding of power seemingly underpinning the proxy concept.