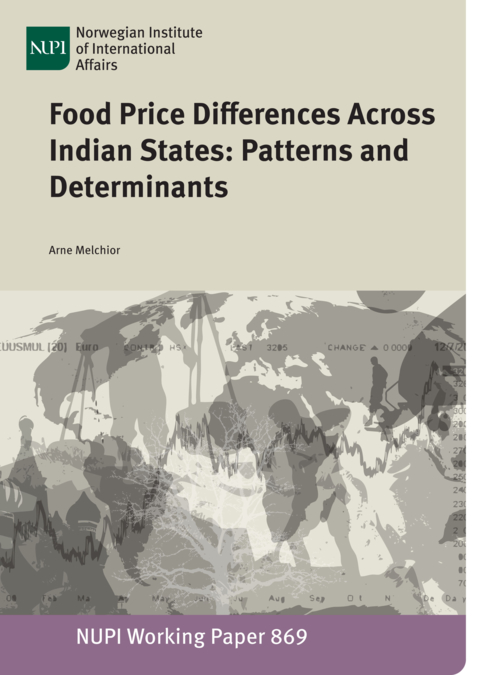 The paper examines food price differences across Indian states during 2004-2014 using food consumer prices from household surveys and wholesale/retail prices for selected goods. At the individual product level there are large price differences across states, with prices doubling or trebling across India for a typical case, but with considerable variation across products. Price dispersion is much lower for food on average; measured at this level price dispersion between Indian states is considerably lower than between countries within the same income range, and Indian states are slightly more integrated than countries in Western Europe. At the product level, the most important determinants of price differences across states are limited access to supply from other states, and the extent of own production in the state. Richer states have higher consumer prices, but this income-price link is weaker for wholesale prices. Food price dispersion within India has decreased during the period studied. For policy, the results suggest that India should eliminate obstacles to inter-state trade in order to promote food security and the real income of its citizens. The magnitude and importance of price level differences also suggest that better price level data should be provided in the future, to facilitate further study of India’s regional development.