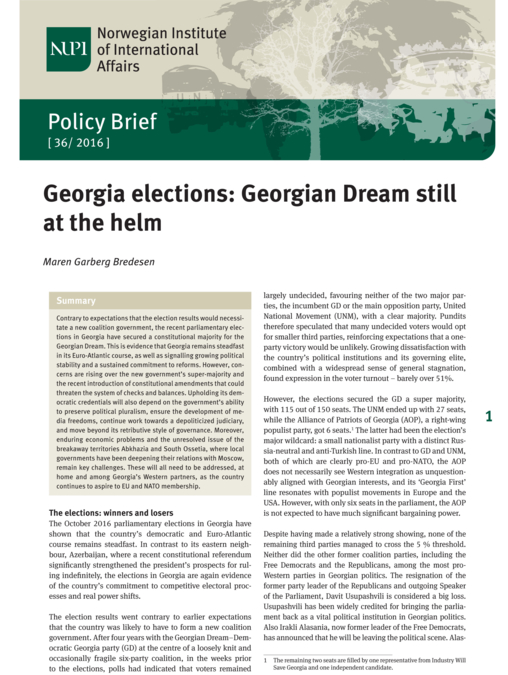 Contrary to expectations that the election results would necessitate a new coalition government, the recent parliamentary elections in Georgia have secured a constitutional majority for the Georgian Dream. This is evidence that Georgia remains steadfast in its Euro-Atlantic course, as well as signalling growing political stability and a sustained commitment to reforms. However, concerns are rising over the new government’s super-majority and the recent introduction of constitutional amendments that could threaten the system of checks and balances. Upholding its democratic credentials will also depend on the government’s ability to preserve political pluralism, ensure the development of media freedoms, continue work towards a depoliticized judiciary, and move beyond its retributive style of governance. Moreover, enduring economic problems and the unresolved issue of the breakaway territories Abkhazia and South Ossetia, where local governments have been deepening their relations with Moscow, remain key challenges. These will all need to be addressed, at home and among Georgia’s Western partners, as the country continues to aspire to EU and NATO membership.